When it comes to what people appreciate most in a TV service, the quality of programming and the vast menu of shows that are available to them prove to be critical factors that contribute to consumers' overall satisfaction with their entertainment packages.

According to a recent Morning Consult survey, an overwhelming majority of people—83 percent—reported that they are satisfied with their cable or online streaming subscription.

For those who subscribed to a cable TV service, 81 percent said they were specifically satisfied with the content quality, while 78 percent reported satisfaction with the amount of content that they have access to.

Cable TV networks invest billions of dollars annually to bring Americans top-knotch, award-winning programming that viewers want and ask for. The wide diversity of content, compelling storytelling, and niche shows appeal to all kinds of demographics and audiences across the country. Another Morning Consult survey earlier this year found that most viewers considered the actors they saw on television to be of diverse backgrounds, and that they were able to find shows that spoke directly to their own backgrounds and lifestyles. Polls like these demonstrate the strides that television has made in ensuring that everyone receives an entertainment experience that caters to their personal tastes and preferences. 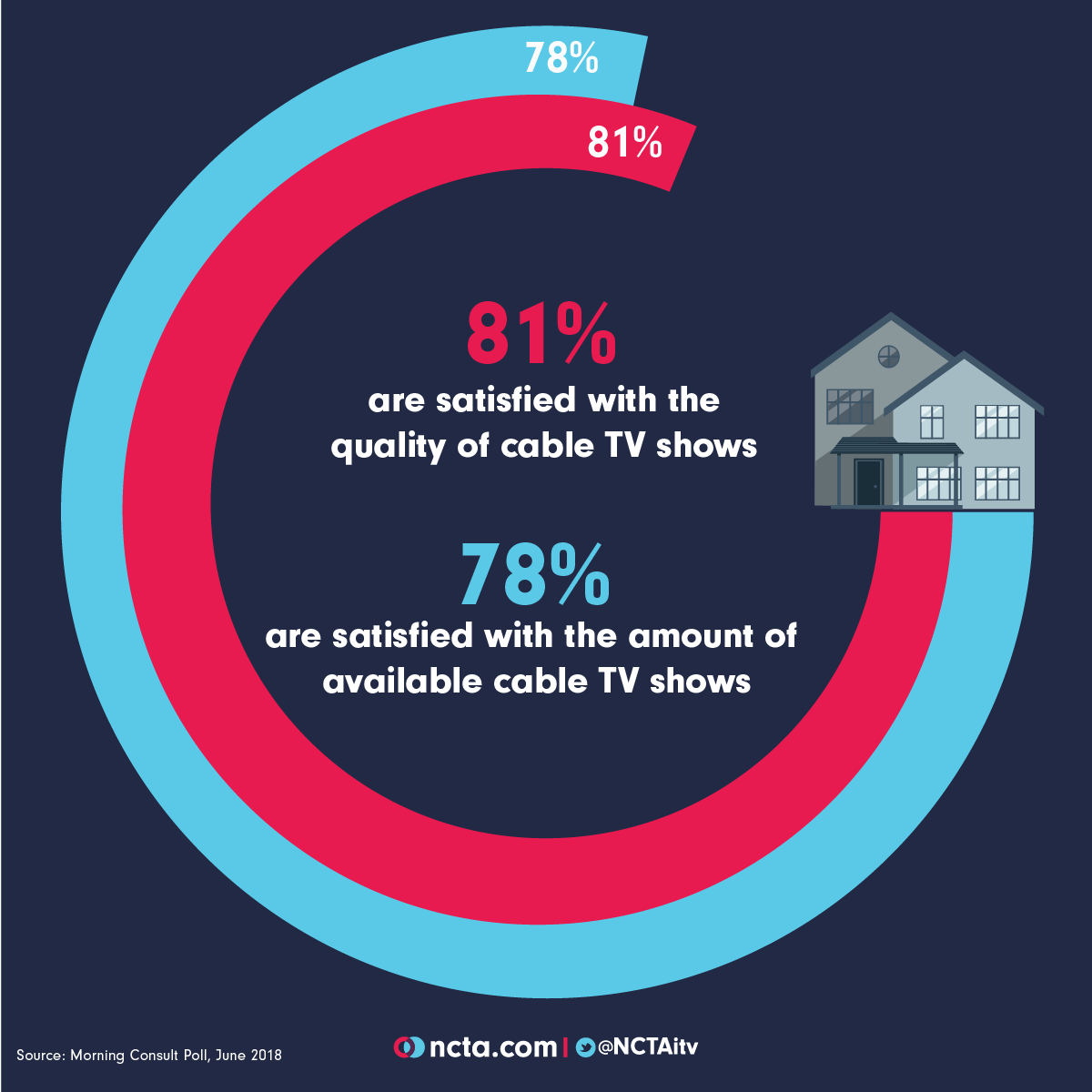