The cable industry outranks every other industry when it comes to investing more capital into infrastructure improvements, according to the latest Progressive Policy Institute (PPI) report. ISPs are pouring billions of dollars into upgrading their networks, products and services in order to stay ahead of consumer demand. At $54 billion, they lead as the largest investor of the American economy.

This should come as no surprise, as cable operators have invested over $290 billion over the past two decades. As a result, internet speeds have gotten faster every year, and the expansion of gigabit internet continues to transform communities across the country. And with 10G on the horizon—the industry's initiative to deliver gigabit speeds 10x faster than today's speeds—more transformation is yet to come. 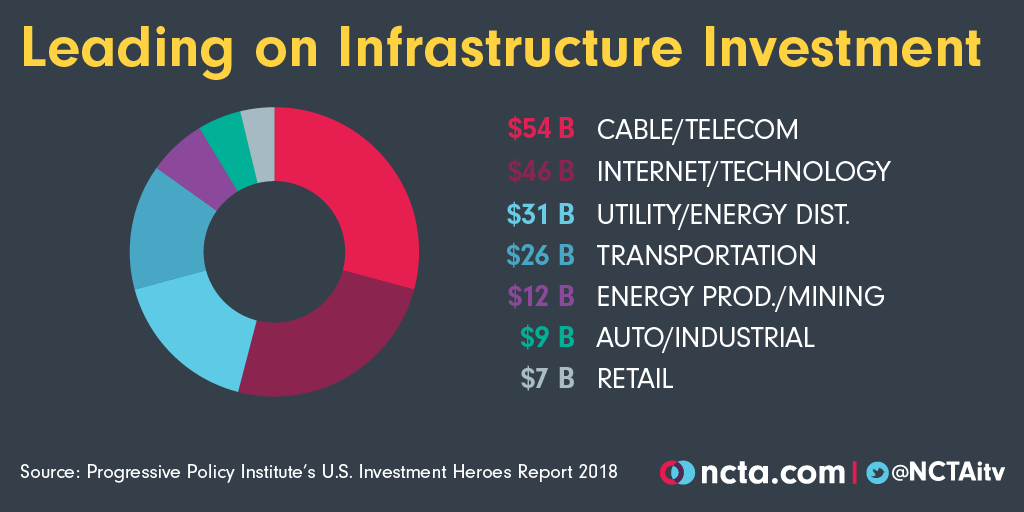 Cable operators have also made a $421 billion impact on the U.S. economy through the millions of jobs that it creates in every sector of the U.S. In fact, the cable industry employs over 300 people in every congressional district in the country.

ISPs have long been committed to improving the speeds and capacity of their networks so that millions of customers and businesses may benefit, and their significant impact on the national economy just goes to show that the growth of our industry is only just beginning as new innovations and technology advancements lie just around the corner.