U.S. is A World Leader in Internet Inclusivity

The United States ranks third in the world in internet inclusivity, according to the 2018 Inclusive Internet Index conducted by The Economist Intelligence Unit. The report, in its second year, examined 86 countries and ranked them according to their scores in four categories: availability, affordability, relevance and readiness.

The U.S. third-place rank came thanks to strong ratings in the availability and affordability pillars. Under affordability, the U.S. was second only to Canada. The affordability category measured the cost of access (in relation to income) and competition in the internet marketplace.

America’s internet is among the world leaders thanks in part to the $275 billion that the cable industry has invested in networks and other infrastructure over the last 20 years. That investment has led to American consumers in nearly every community having access to robust broadband networks--available to 93 percent of U.S. households--which continue to get faster every year. 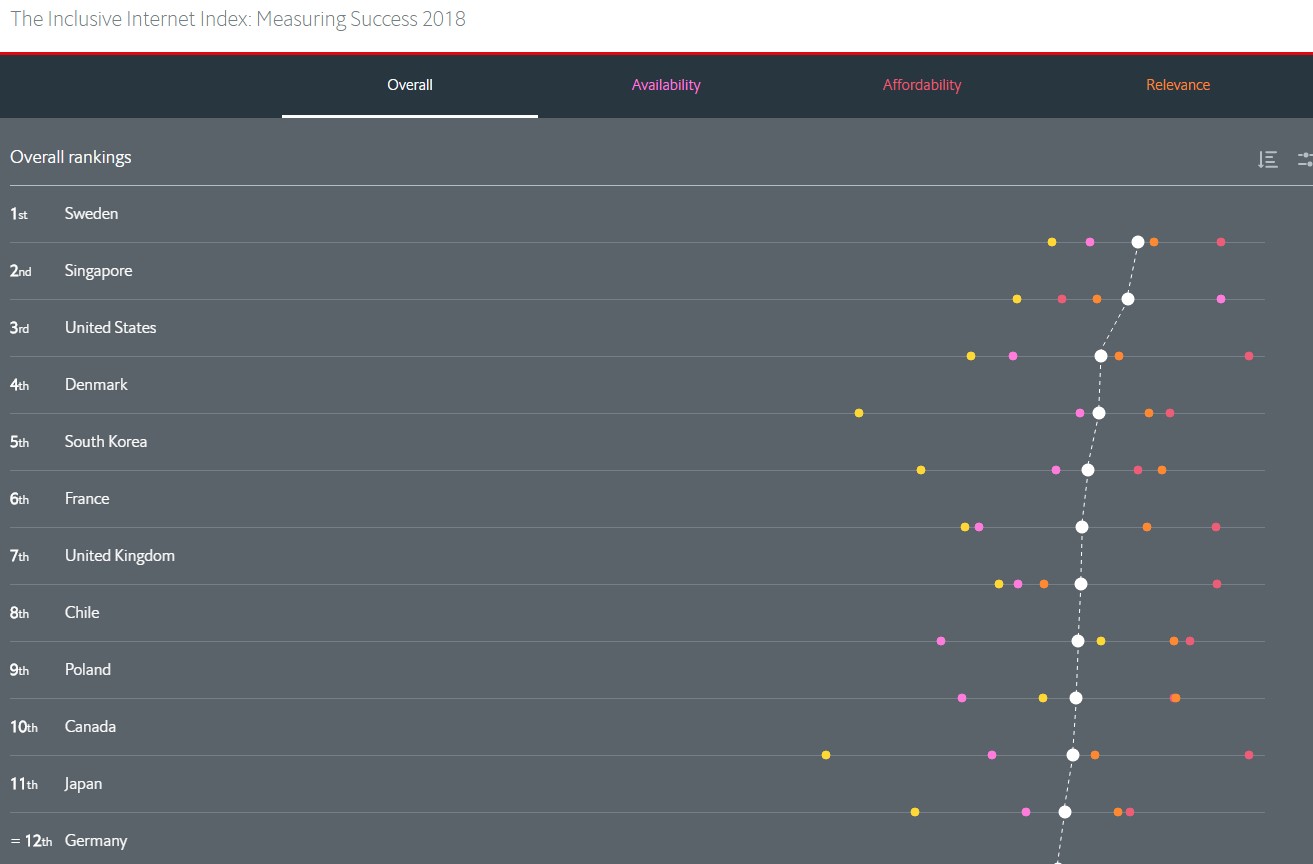