TV Time is the Best Time

Thanks to brilliant innovations in technology over the past few decades, video is everywhere. Gone are the days of crowds forming in front of electronics stores to watch breaking news; now there is a near-ubiquity of screens and connectivity. Creators have new formats to explore, the video marketplace is more competitive than it’s ever been, and some of the highest-quality programming ever is now being produced as a result. With all the changes we’ve seen, it might be surprising to learn that, according to the latest Nielsen Total Audience Report, the average American adult spends four hours and 46 minutes each day watching live or time-shifted TV. Take that with the fact that 88 percent of adults watch live or time-shifted TV at least once a week, and it’s easy to conclude that TV is still the dominant form of video.

Over the past two decades the cable TV networks have invested $410.7 billion in award-winning programming. Combine that with the rise in video competition, and it’s a formula for success. So the question is: what’s the next show to binge? 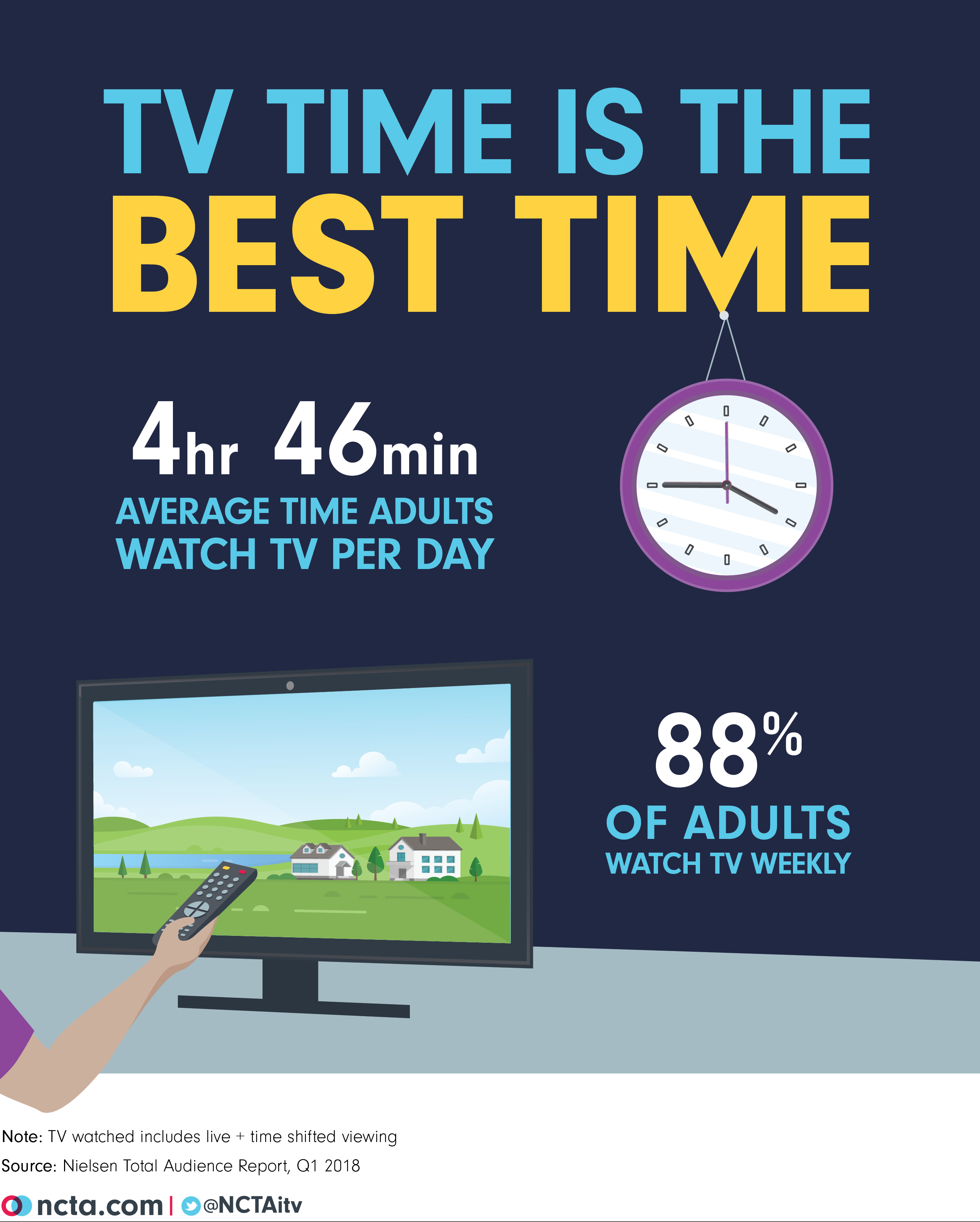