More Americans Are Concerned About Online Privacy Than Net Neutrality

Today, the Senate is scheduled to vote on a Congressional Review Act, or CRA, that attempts to roll back last December’s FCC Order that freed the internet from 1930’s era regulations - regulations that have been proven to hurt investment in broadband networks. This partisan maneuver is being touted as a way to save net neutrality but, as we’ve been saying for years, the only real path to permanent net neutrality is through a bipartisan law in Congress.

If you listen to the floor speeches, be prepared. There will be no shortage of hyperbole and hyperventilation in the many fantastic claims about how a failure to reverse the FCC’s decision to restore ‘light-touch’ regulation will grind the internet to a halt. Hopefully, you’ll see, as the Washington Post did recently, that these claims are worthy of three Pinocchio’s.

But in contrast, there’s another discussion occurring in the Senate Judiciary committee focusing on issues related to online privacy that seem to be of even greater concern to consumers. A recent poll by Morning Consult underscores how consumers by nearly a three-to-one margin would rather see Congress pass legislation protecting online privacy (73 percent) than net neutrality (27 percent). 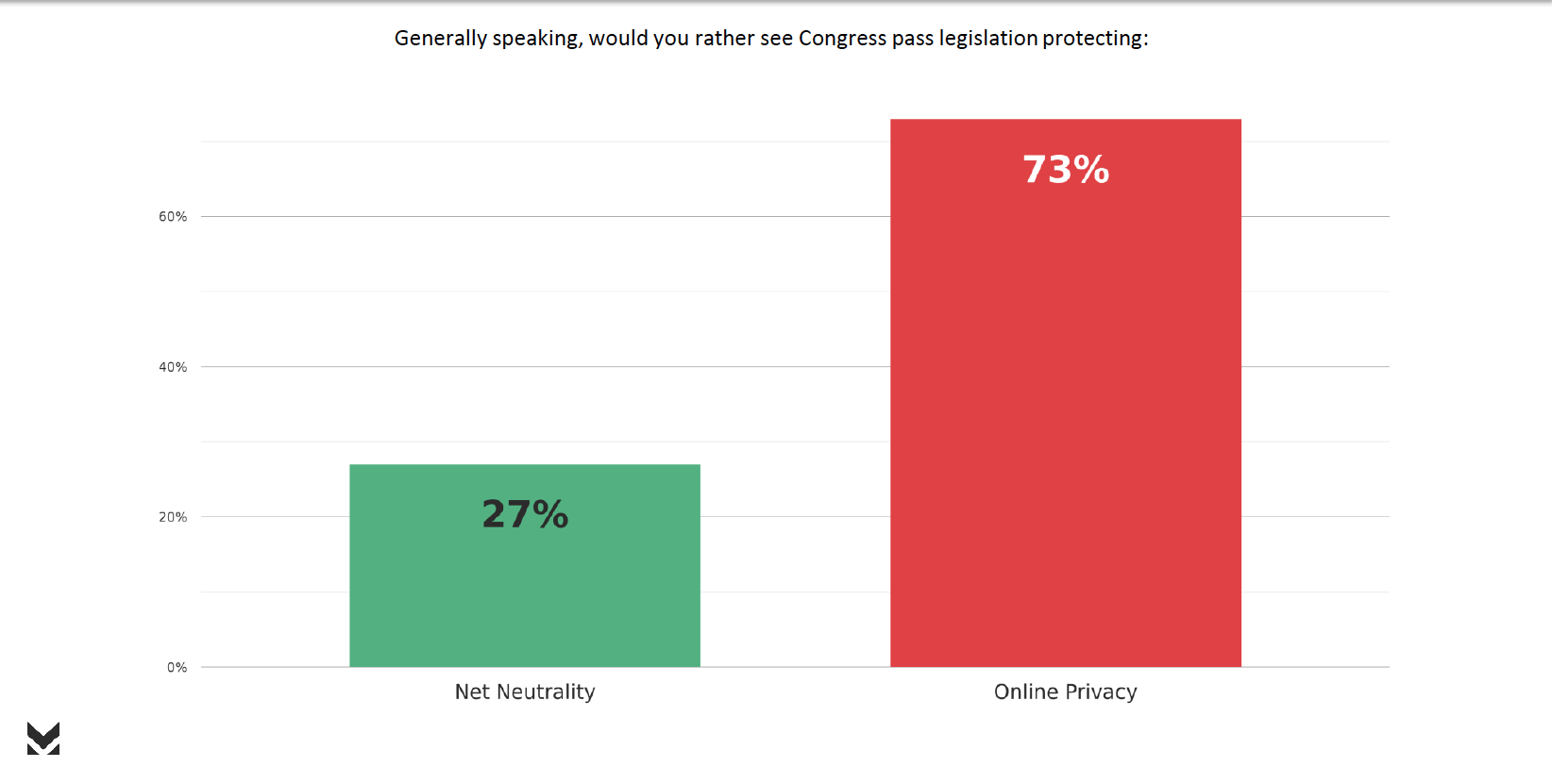 Highlighting this “concern gap” even further, the survey showed that 42 percent of consumers don’t even know what net neutrality is or have an opinion about it, compared to 37 percent of respondents who said they support net neutrality.

So as we await the Senate vote, it’s worth taking note - the CRA isn’t only offering the wrong answer; it may also be addressing the wrong problem.