Every March, for the past 46 years, more than 50 dog sled teams gather in Anchorage, Alaska, to make the journey towards Nome in the Iditarod Trail Sled Dog Race. The race is Alaska's biggest sporting event, so it's no surprise that many natives treat it like many people treat the Superbowl. They gear up to cheer on the "mushers" (the dog sled riders) by painting their faces like huskies, donning foam fingers and dog ears, tailgating, and preparing meals for the mushers at the checkpoints. And every year, GCI—the state's largest internet service provider—works to bring internet connectivity to every area of the race so that people worldwide can experience the wonder of the Iditarod race.

Almost 1,000 miles long, the Iditarod race goes through some of Alaska's most challenging and remote areas. GCI became a sponsor of the race in 1994, and every year a month prior to the race, the ISP sends a team of employees to prepare connectivity at each of the 25 checkpoints. The population size of many of these towns skyrockets around the competition time, and GCI is there to ensure that all of the dog teams, race officials, reporters, the dozens of people who fly in from around the world to see the teams compete in person, and all of the fans from afar are able to connect online. 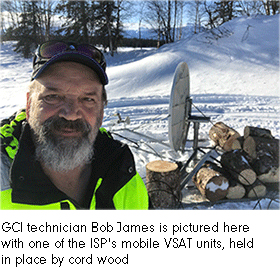 The race follows the GCI TERRA network (Terrestrial for Every Rural Region in Alaska) in certain portions. "That's been a benefit in terms of making data easy to access and share with the world, and there's a safety issue there as well," explained Heather Handyside, GCI director of corporate communications. The conditions are treacherous for the sled teams, and GCI's network enables them to be in contact, and for others to track them, during their journey through Alaska's isolated regions. "We provide that role both along our network and we're also happy to go the extra mile by setting up temporary connectivity in some of the very remote checkpoints," said Handyside.

The ISP delivers connectivity to the checkpoints in different ways, such as through high-speed cable internet, DSL, cellular service, and satellite, so that even in the most isolated community—like Iditarod, which is a ghost town at any other time during the year—race officials and fans are still able to email or text pictures and videos over a strong internet connection as the race goes on.

"At the time we started sponsoring the race, we were really committed to bringing connectivity to rural areas of Alaska, to some of the most remote places you will ever encounter," said Handyside. Some of the smaller towns don't even have roads. And in some cases, there are only a couple dozen people living in the communities. "The only way to access some of the towns in the summer time is to fly to them or go by river. In the winter you can access via flight or snow machines to travel on the frozen rivers," she added. 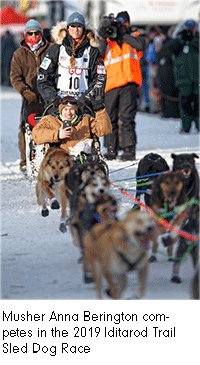 According to Handyside, teachers and schools make up the largest fan base for the race. "A teacher from Idaho has been teaching an Iditarod curriculum for 30 years, and she uses it for math, mapping, history. It's a real-time event that keeps her students engaged. They each pick a musher and follow that musher along the trail," said Handyside. Josh Edge, GCI media relations specialist, also recalled a favorite Iditarod story of his involving an elementary school class. "There was a teacher from Wisconsin who told us about the podcast that her students put together each year about the Iditarod race. They call it 'iKidapod,'" said Edge.

This year's winners were crowned earlier this week, but that just means that Alaskans—and fans worldwide—have next year to look forward to. "The people really love it because it celebrates something that has been part of Alaskan culture since man settled here. It also celebrates a mode of transportation that is still used in Alaska. It keeps the spirit of Alaska alive," said Handyside.

"And the reason we are able to provide this connectivity in these incredibly remote regions and tiny towns is because we know Alaska," added Handyside. "Our technicians are out there on the trail. To go to these places during this time of year they have to go by snow machine to get all the equipment in there. We like to say our technicians are the hardiest and the toughest out there. Preparation for this race demonstrates that. We're committed to this race and we're committed to this company." 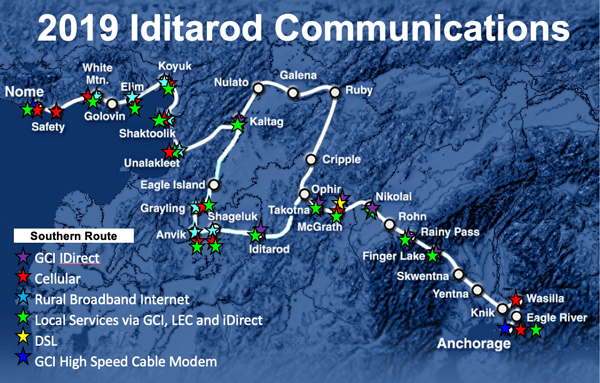