According to Ookla, the leaders in internet speed testing, from June 2017 to June 2018 the average download speed in the U.S. went from 69.47 Mbps to an astonishing 93.98 Mbps. This upswing is also related to Ookla data reporting how U.S. speeds are far ahead of the global average download speed of 46 Mbps. Over the past two decades, more than $275 billion has been invested in capital infrastructure by cable ISPs. Benefits of that investment can be seen by looking at how much average U.S. download speeds have increased in one single year.

Super-fast connections and gigabit speeds are literally changing people’s lives. More than convenience, these next-generation speeds unleash opportunities for innovation and lay the groundwork for our networked future. As more and more smart devices connect to the Internet of Things, robust next-generation networks become even more vital. That’s why ISPs are continually upgrading and improving America’s broadband networks, and meeting consumers’ digital needs before they even have them.

Expect to see even faster speeds in the future as gigabit service is rolled out to more and more communities across the country. 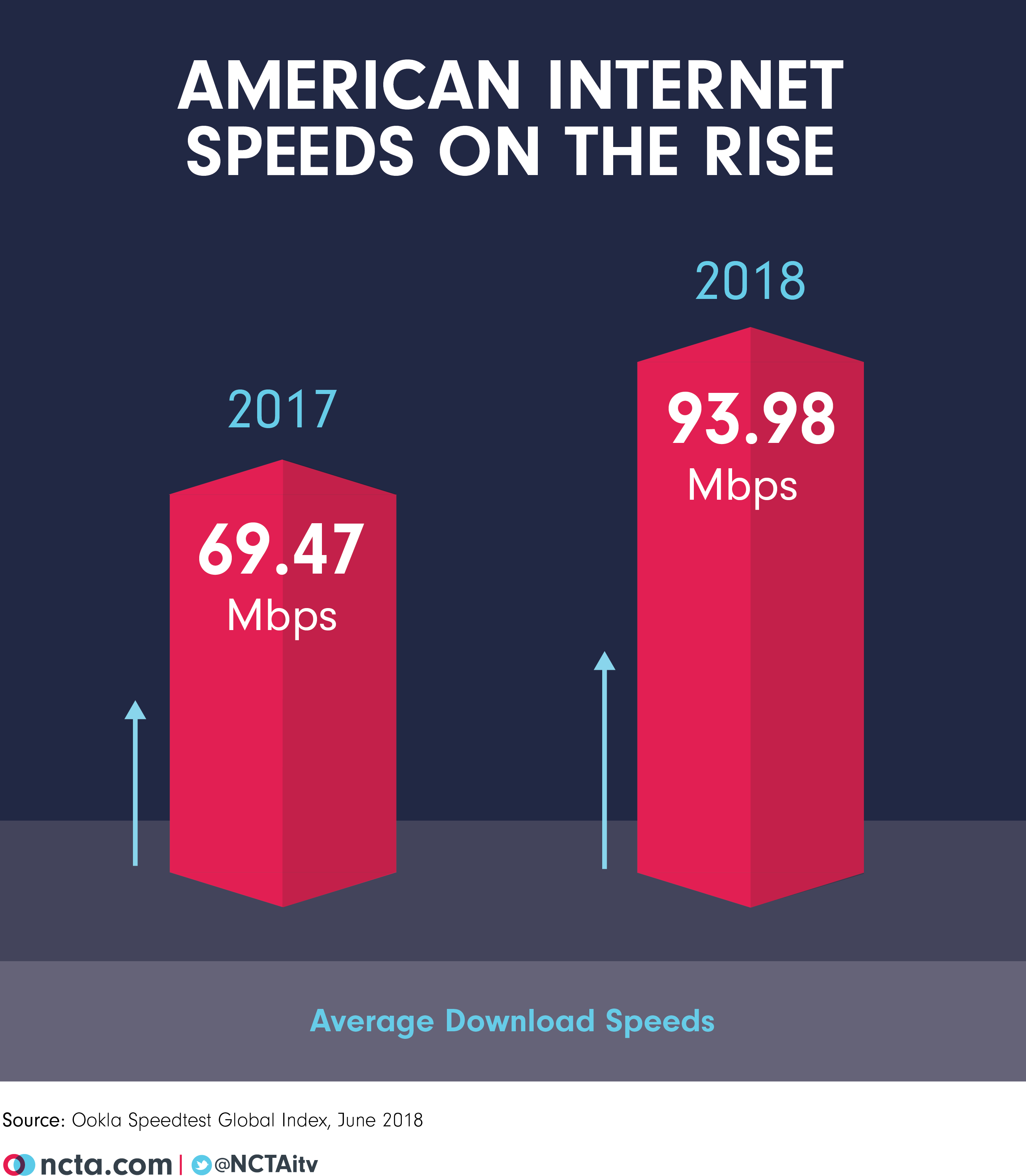