The United States is one of the leaders in next generation broadband, thanks in part to over $275 billion in infrastructure investment by cable ISPs, and that investment is paying off. According to Ookla, the forerunner in internet speed tests, the average U.S. internet download speed now clocks in at a whopping 93.98 Mbps, as of June 2018. That means the United States is over twice as fast as the global average speed of 46.25 Mbps.

Expect to see even faster speeds in the future as gigabit service is rolled out to more and more communities across the country. 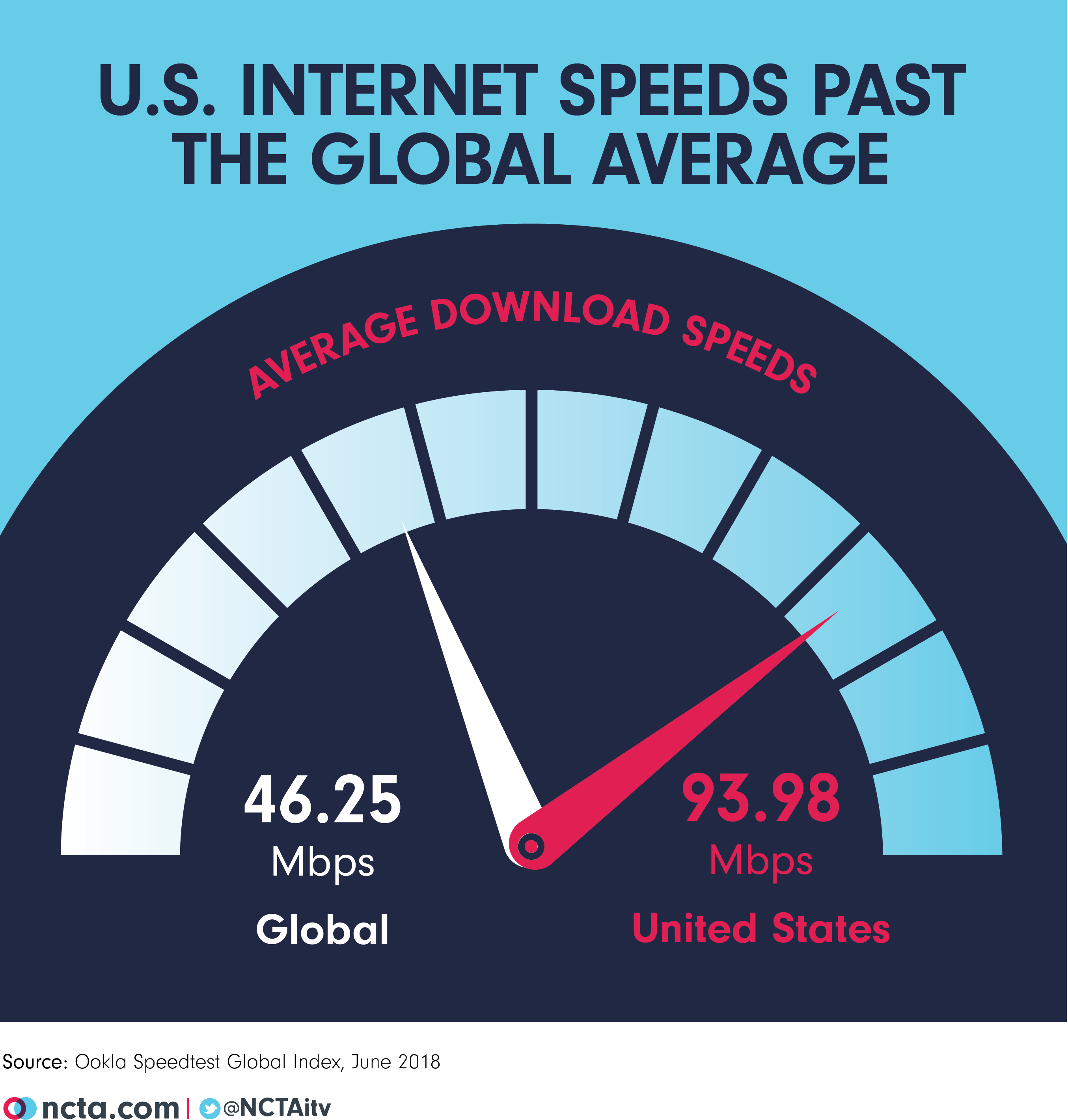