Midco: Making a Difference in Rural America Through Broadband Investment

Today, Midco's Senior Director of Government Relations Justin Forde will testify before the Subcommittee on Communications and Technology on strides the ISP has made in delivering broadband to rural America, and the critical work that must be done at the federal level to shrink the digital divide in America.

Midco is one of America's leaders when it comes to bringing rural America up to speed. The ISP reaches more than 400,000 customers in 400 communities throughout South Dakota, North Dakota, Minnesota, Kansas, and Wisconsin, some of which have populations of fewer than 100 people. The majority of these communities are rural, and Midco's mission is to ensure that these areas are connected and equipped with cutting-edge technology, so they can stay competitive with their more urban counterparts. Currently, more than 90 percent of Midco's customers have gigabit internet speeds available in their area—an impressive feat for a rural provider which provides service in an area where miles and miles of land separate one neighbor from another.

Midco is also preparing to take its next big leap forward. It is a big supporter of and participant in the cable industry's 10G initiative, announced earlier this year, to bring ultra-fast 10 gigabit internet speeds in the near future. Midco plans to invest $500 million in the next decade on the cable industry standard that will make 10G a reality.

But what's even more noteworthy in the near-term is Midco's effort to reach its most remote customers through its fixed wireless technology initiative. Using its "Midco Edge OutSM" strategy, Midco is "edging out" its high-speed internet from its fiber backbone in more urban areas to meet consumers’ needs in those areas where fiber proves to be too difficult and costly to build out. Its goal is to reach remote, rural areas that are up to 50 miles away from its fiber network. This technology will provide homes with the same download speeds needed to deliver 4K streaming, gaming systems, and can serve multiple users with multiple devices in the same household.

In Forde's testimony, Midco also outlined several ways in which federal broadband programs could be refined and structured to ensure that as many rural Americans as possible receive the benefits of a robust and fast internet connection. Recommendations include improved coordination among federal agencies, enhancing the effectiveness of agency programs, removing barriers that make it difficult for ISPs to deploy broadband—such as burdensome franchising regulations—and ensuring that companies serving rural Americans have equal access to spectrum.

In order to reach those customers in the last mile, it is imperative that all stakeholders work together to foster a regulatory environment that paves the way for innovation and growth—not one that ties down America's broadband leaders with rules and regulations and prevents them from focusing their energies on expanding and upgrading their services. The cable industry has invested more than $290 billion over the past two decades to bring internet connectivity to millions of Americans, and in every region across the country. ISPs are deeply committed to closing the digital divide, but to do so, it is imperative that the industry be supported by government programs that target those areas most in need of funding and service. With the right regulatory environment in place, we can expect Midco and other providers in rural America to continue working on innovative solutions to bring the benefits of broadband to those communities that need it most. 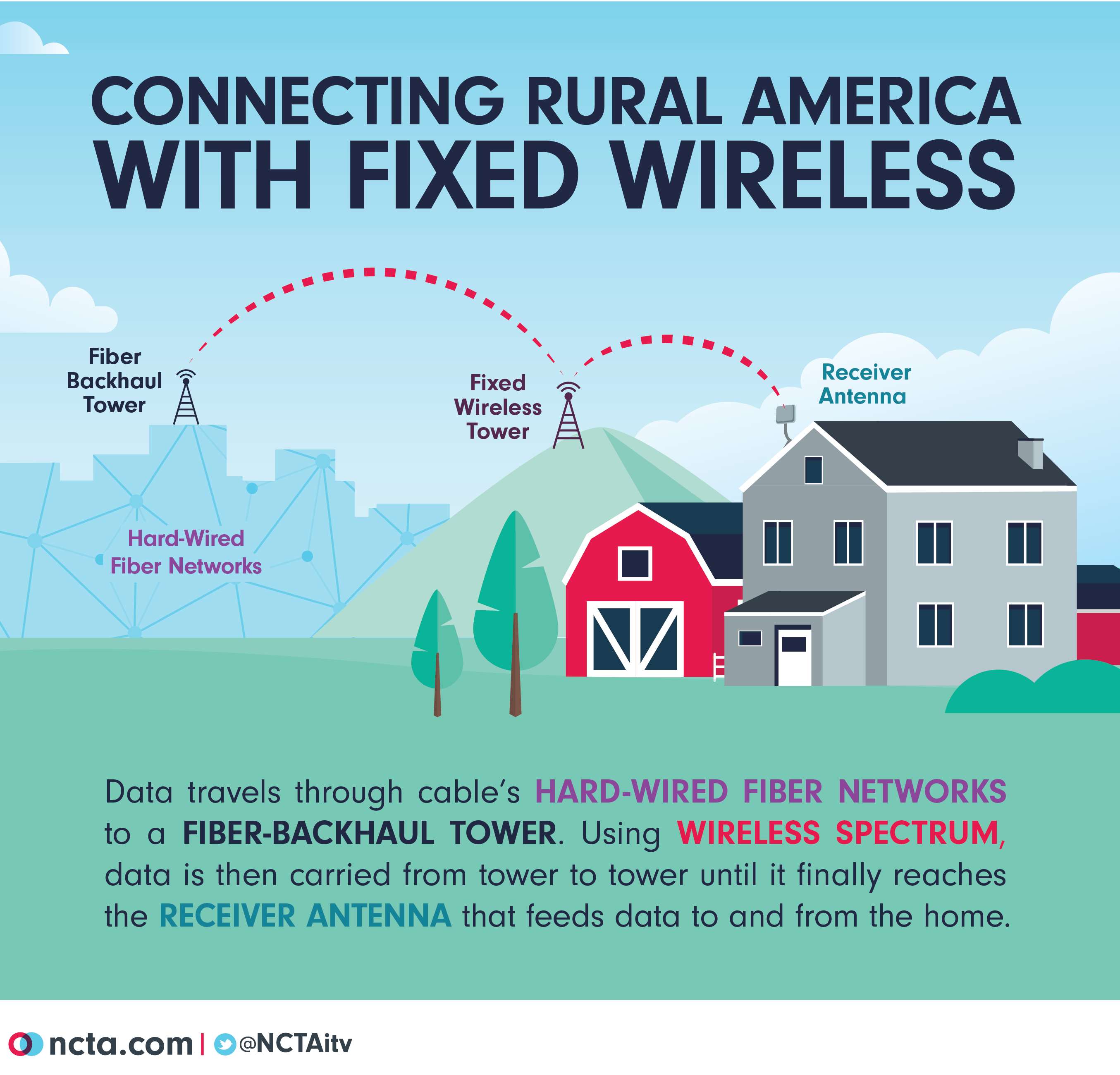