How Wi-Fi Has Changed America

How Wi-Fi Has Changed America

World Wi-Fi Day is here, and it's a time to celebrate and reflect on the game-changing technology that has enhanced the lives of Americans in just about every way. We all rely on a strong Wi-Fi connection for business, entertainment, and personal needs, so much so that an overwhelming majority of U.S. broadband households--9 out of 10--used Wi-Fi to connect to the internet as of March 2018.

Since its humble debut in 1985, Wi-Fi has become a staple in American life. As the technology landscape evolved and the number of connected devices in homes and businesses multiplied, Wi-Fi networks, including the extensive networks deployed by cable operators, became responsible for carrying the majority of U.S. wireless traffic. Cisco predicts that Wi-Fi will carry 52 percent of U.S. internet traffic by 2021, while mobile services will carry only 8.8 percent.

Unlicensed technologies like Wi-Fi are also major contributors to the U.S. economy, adding over $525 billion in economic value in 2017 alone. 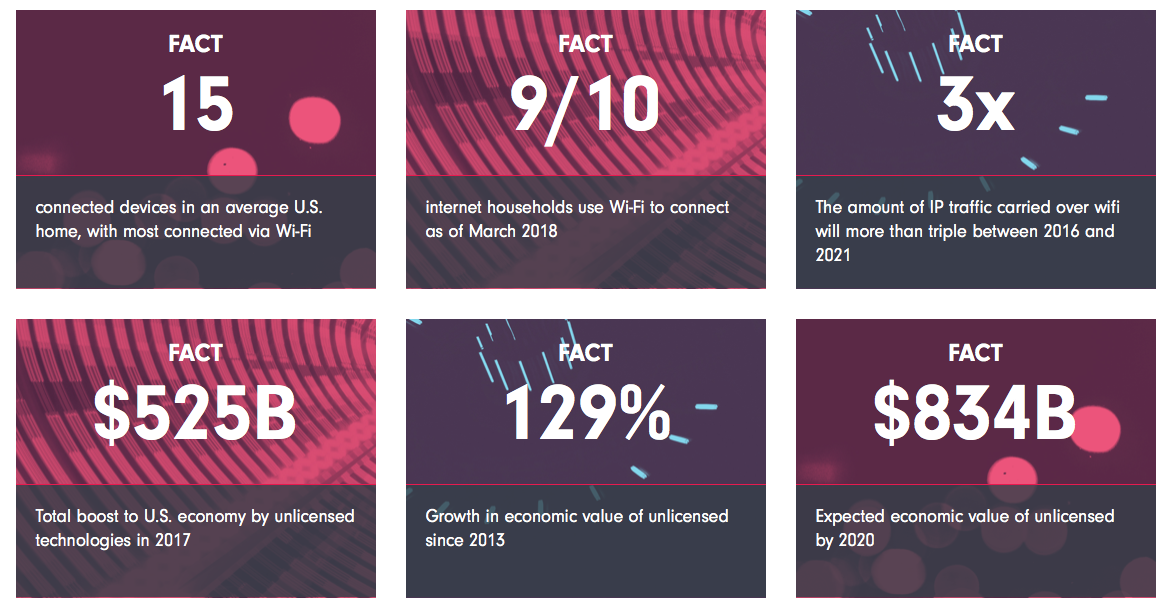 Given all of these contributions, is it any wonder that 91 percent of people said they would make a hotel selection based on Wi-Fi availability? Or that 75 percent said that a week without Wi-Fi would leave them grumpier than a week without coffee?

The growth that Wi-Fi has experienced and the extraordinary value that it brings to our everyday lives is tremendous. As people continue to use Wi-Fi to connect more than ever before, and as innovators come out with the next Wi-Fi standard or unlicensed innovation, there is no telling the kinds of possibilities that Wi-Fi could unleash, or the potential it has to transform how Americans play, work, and connect.