The industry's green efforts to reduce energy consumption through voluntary agreements are paying off. Last month, D+R International's audit on home Internet equipment found that devices such as modems and routers were nearly 20 percent more energy efficient than they were prior to the voluntary agreement for small network equipment, and the good news continues. D+R released its latest report, which reported the strongest year yet in achieving savings under the voluntary agreement for set-top box energy efficiency. Consumers saved a tremendous $3.5 billion ($1.4 billion in 2017 alone) and avoided more than 20 million metric tons of carbon dioxide emissions in the past five years since the award-winning program was implemented. The signatories of the agreement include pay-TV providers, manufacturers and energy efficiency advocates.

The report found that national set-top box annual energy consumption has declined by 34 percent in the five years under the voluntary agreement, even as set-top boxes have been upgraded and enhanced with new features and functions. Moreover, from 2016 to 2017, the industry saw its year-over-year energy savings increase by nearly 50 percent as the parties implemented even more rigorous energy levels that became effective in 2017.

D+R reported that DVRs, once the most energy-intensive type of set-top box, are a key area of savings. D+R found that new DVRs use 46 percent less energy than those that were purchased prior to the agreement, and that nearly all DVRs in the field today were purchased under the agreement's commitments. Moreover, consumers are using fewer DVRs because of whole-home technologies that enable them to watch recorded content on multiple TVs using a single DVR, and because of apps that enable customers to watch the service providers' video services without any operator-provided set-top box on Smart TVs, tablets, or using low-power devices such as an Apple TV or Roku stick.

To help track energy savings resulting from consumer use of apps, revisions were made to the voluntary agreement that require service providers to track and report the number of consumer-owned devices that customers used to access their content in the prior year, and to identify all of the platforms on which their apps are available. Every provider reported supporting between four and 14 platforms, such as Samsung, LG, Roku, Apple TV, Amazon Fire TV, Google Chromecast, and Android, to name a few, and even more platforms are under development. In 2017, consumers used more than one hundred million of their own devices to access the pay-TV providers services using these apps, compared to just over 200 million set-top boxes.

This is the first time that actual app usage data from all of the major U.S. service providers has been available, and it shows that consumer adoption of video apps is already off to a strong start. As NCTA General Counsel Neal Goldberg said, "One third of all devices used by consumers to access MVPD services in 2017 were not operator-provided set-top boxes, and as that percentage continues to increase, consumers will save even more energy in addition to enjoying more choice in how they watch video."

"To date, the Voluntary Agreement has brought progress in set-top box energy efficiency—in the form of energy and cost savings—to more than 90 million U.S. households," said Jennifer Amann, Buildings Program Director for the American Council for an Energy-Efficient Economy. "We look forward to continuing to work with the industry to ensure ongoing improvements to set-top boxes and related advances will save consumers even more on energy costs while reducing emissions."

For more information on the energy efficiency voluntary agreements and a full list of signatories, go to https://www.energy-efficiency.us/. 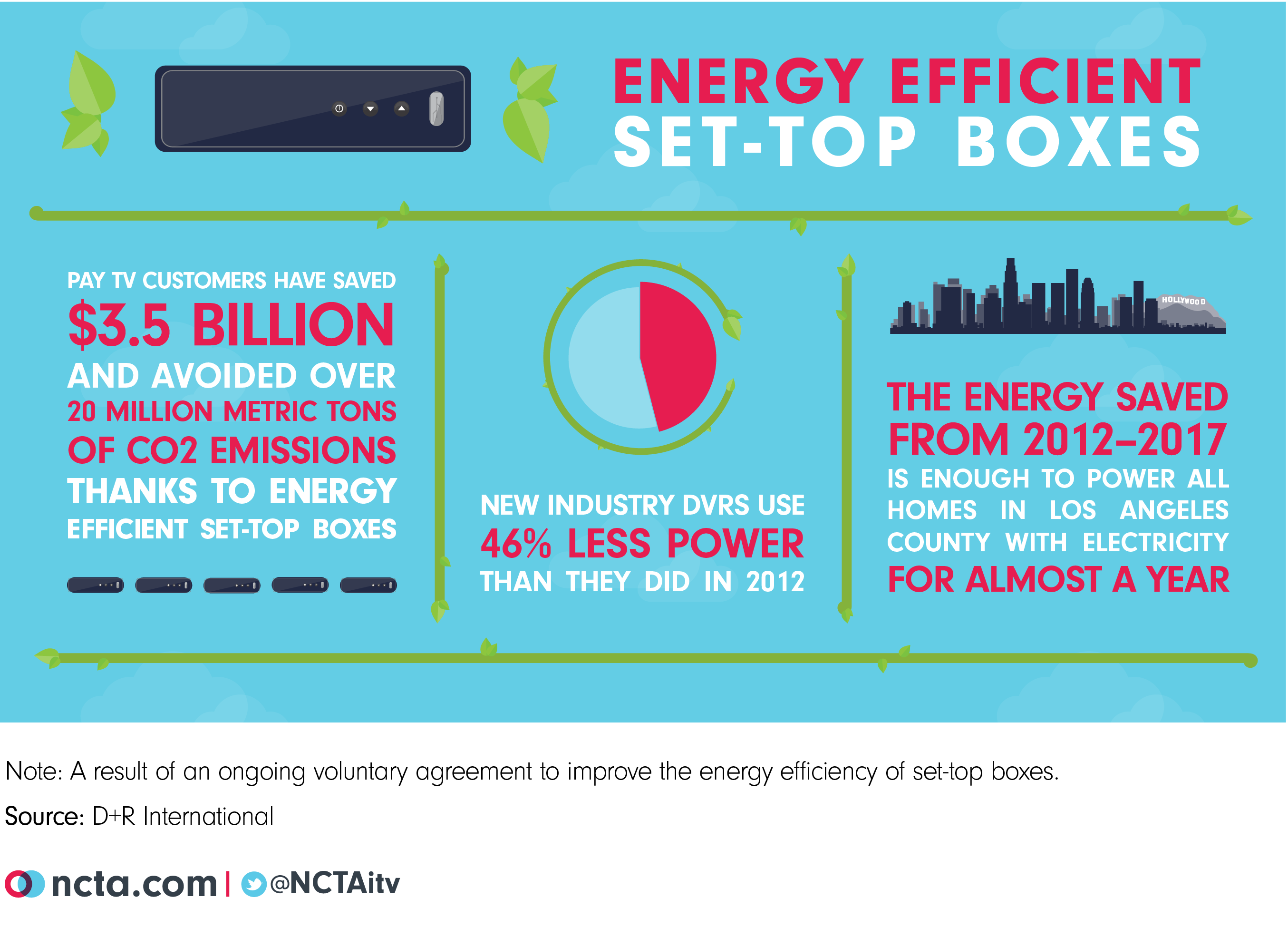 How ViacomCBS Gets TV Viewers What They Want
September 29, 2020