It was as close to a rout as a Primetime Emmy Awards night could possibly be. With a whopping 24 wins, cable took home the big kudos for being the most awarded platform for television. Broadcast left with 6 wins and online programers like Netflix and Amazon took a shared 5 wins. All told, 69 percent of Primetime Emmy Awards went to cable programs.

Nods for perhaps the most competitive and highly sought awards, Outstanding Comedy and Outstanding Drama, went to HBO’s Veep and HBO’s Game of Thrones. Veep broke ABC’s Modern Family’srecord-tying five win streak (shared with Frasier). Had Modern Family been given another win last night, they would have been the only comedy show to have won six years in a row.

Other important wins went to Mad Men’s Jon Hamm for Outstanding Actor in a Drama Series (his first and only for the recently-sunsetted AMC drama series) and HBO’s lauded miniseries Olive Kitteridge, which took home an impressive six awards.

But rather than relay the details of a thrilling night word-for-word, we’ll let a few choice Tweets from the evening tell the story.

#Emmys Is this the Emmys or the cable network awards! 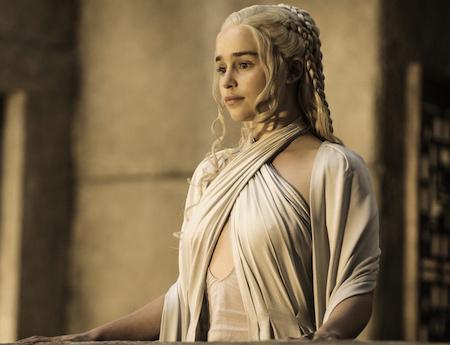 It's a golden age for TV, but not so much for broadcast, as cable once again dominates #Emmyshttp://bit.ly/1F9XAqH

Premium cable wins the #Emmys (or, Game of Thrones). Very happy that Jon Hamm was finally recognized for his tour-de-force performance. 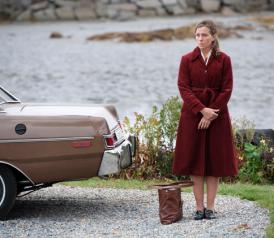 Jon Hamm FINALLY Won An Emmy for His Work on Mad Men and Sweetly Thanked His Ex-Girlfriend… http://goo.gl/fb/oGIdCi

Jon Hamm FINALLY Won An Emmy for His Work on Mad Men and Sweetly Thanked His Ex-Girlfriend in His...

After 12 snubs, Jon Hamm finally won the Emmy he deserves for playing Don Draper on "Mad Men," and he followed the win with a touching acceptance speech.

Veep writing is the best, that's a deserved win. #Emmys