Yesterday, NCTA filed comments with the FCC on its annual report, the “Status of Competition in the Market for the Delivery of Video Programming.” As anyone who is a fan of great TV programming (whether viewed from a traditional provider or the multitude of other ways to watch) knows, competition in the video marketplace is aggressive. Choices are abundant, leading to better products and easier ways to access the programs consumers love.

That’s why, instead of rehashing the state of today’s competitive marketplace, we urged the FCC to take steps to eliminate rules that no longer make sense. We also asked that the FCC ensure regulatory parity among competitors by having all TV distributors, traditional or otherwise, be subject to the same rules. And, finally, we suggested that the FCC now begin to monitor new online platforms and search engines to ensure that these companies do not put their thumb on the scales of competition.

As the chart below shows, the “newcomers” now serve almost half of all pay TV consumers. Meanwhile, online video distributors such as SlingTV, Playstation Vue, Hulu Live TV, and YouTubeTV, have entered the fray, and, as a result, the number of traditional TV households is for the first time beginning to decline. 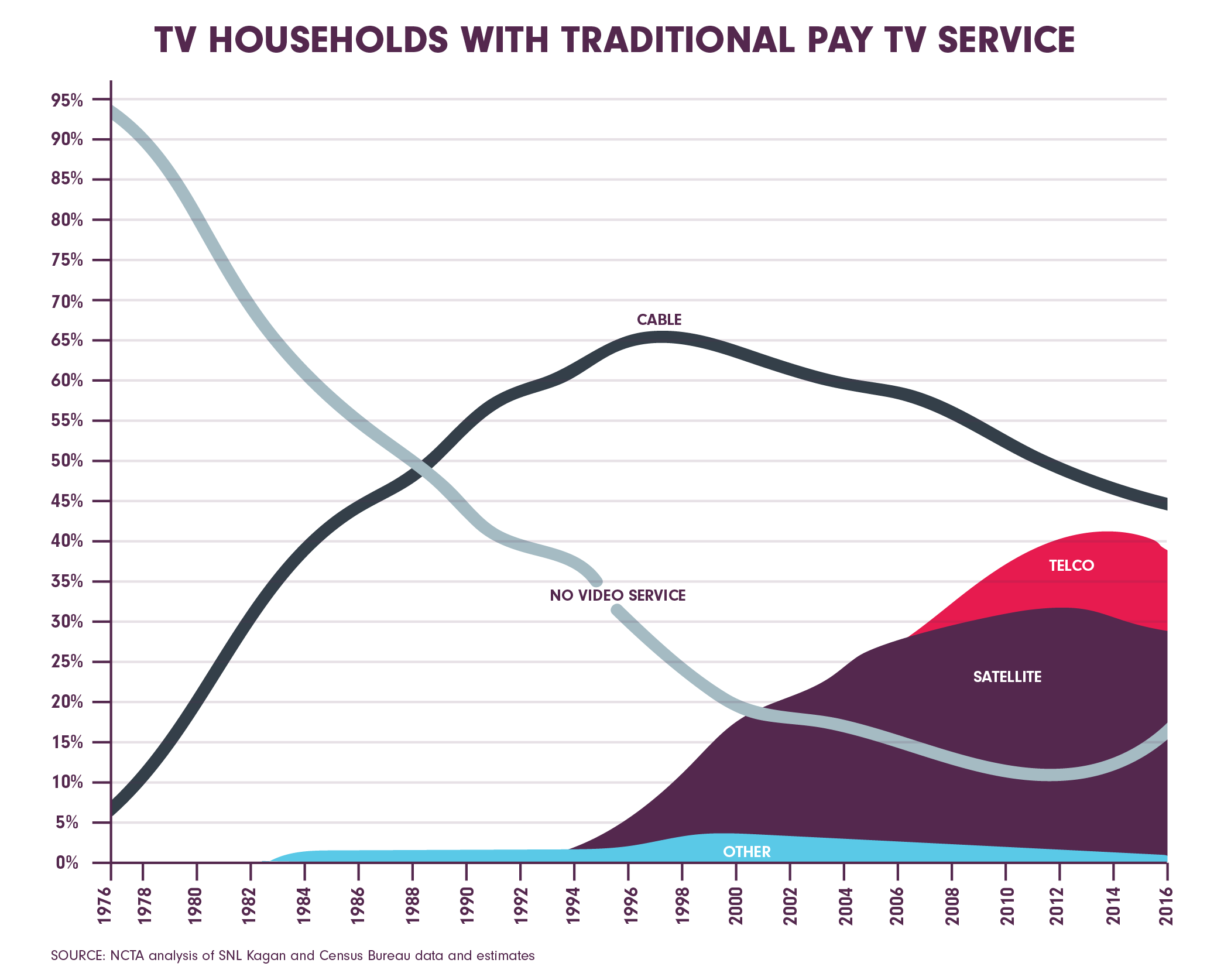 The fruits of all this competition are apparent to consumers. Cable operators and program networks continue to invest to offer new and higher quality services. And not only is the vast array of programming constantly improving, so are the many ways now available for watching your favorite shows. The same show can be watched on an iPhone, a TV, a computer, or a tablet. It can be seen in the home, on the subway, or in a park. It can be viewed via an app, via a box, or downloaded directly. It can be accessed via a cable bundle, as part of a streaming service, or purchased one episode at a time.

By now, competition in the video marketplace is an undeniable reality. That is why the FCC should determine when and whether competition and market forces can replace regulation.