The 2018 Olympic Winter Games in PyeongChang have begun, and fans have more opportunities to watch the competitions from their own personal devices, and while on the go, than ever before. NBC is providing over 2,400 hours of coverage, 1,800 of which will be dedicated to live streaming on NBCOlympics.com and the NBC Sports app for subscribers. And if the opening ceremonies last Friday--which were streamed live for the first time--and the first Saturday of the games are any indication, fans will eagerly tune in and take advantage of all of the different ways to watch their favorite winter sports. NBC Sports reports that over 28 million viewers tuned in to watch the opening ceremonies when factoring in the streaming audience, making it the most-watched Friday night program since the 2014 Winter Olympics in Sochi, Russia. Then on Saturday, NBC Sports set a record for the Winter Games when it streamed 141.4 million live minutes from 2.4 million devices, already seven times more than the first Saturday of the 2014 Sochi Games, and three times the amount of devices that tuned in.

There's no better time to see how far technology, TV Everywhere, and digital storytelling have come than during a momentous and unifying sporting event like the Olympics. There are also a lot of “Firsts” this time around, beginning with this being the first Winter Games to include streaming on connected TVs. This includes Amazon Fire, Apple TV,  Comcast X1, Chromecast, and Roku, among others. Some of the competition practices will also be included in the live streaming on top of regular Olympic updates throughout the day, giving viewers more behind-the-scenes peaks into the athletes and making way for additional build up before actual competitions.

New to the digital coverage of the Games--particularly for alpine skiing, figure skating, and the primetime show coverage--is "enhanced streaming." This type of coverage gives viewers alternative camera views and shots that hone in on the athletes during key moments, as well as behind-the-scenes content, Olympic trivia, a Team USA tracker, and additional interactive features.

Other firsts this year include more than 50 hours of virtual reality coverage, "Live" moments on Snapchat's video player feature that will highlight key moments and different live camera angles during competitions, two original show debuts from NBC Olympics on the social media platform, and an "in-ride video experience" through the Uber app for riders who wish to keep up with the live coverage while they are on the go.

NBC and Comcast will also air the games in 4K and HDR on-demand the day after an event is recorded in these formats, similar to what they did during the 2016 Rio Summer Olympics, though this is the first time that HDR will be available.

The next couple of weeks are bound to be full of ups and downs throughout the competitions, motivational and heart-wrenching stories, and exciting visuals as fans will get more live and up, close and personal coverage than they’ve previously experienced, and on more screens than was possible in years past. Stay tuned. 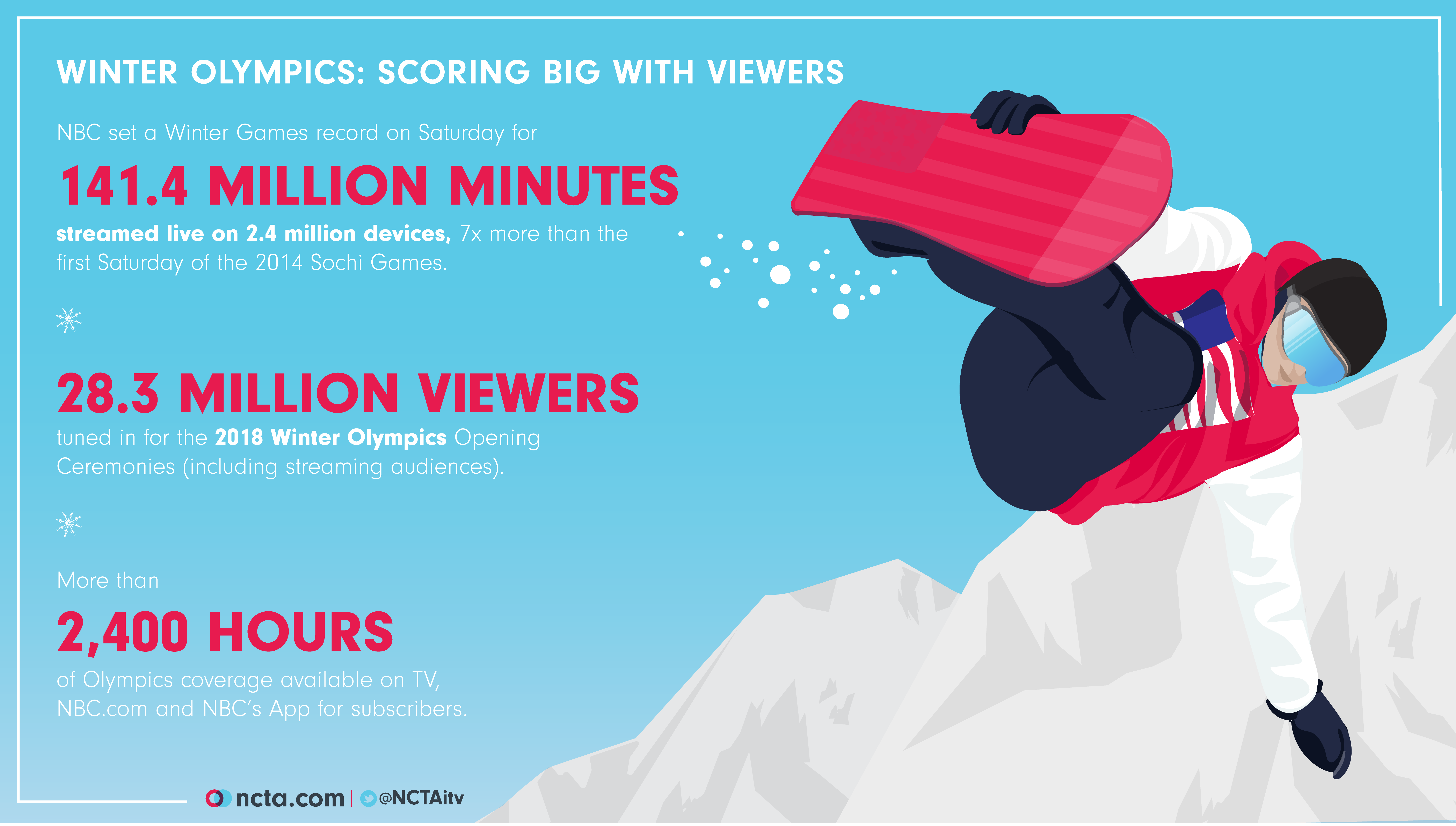