Recently, Cisco published its Digital Readiness Index, a global ranking based on how likely an economy is to support new technologies and digital services. The index is made up of the following factors; basic needs, business & government investment, ease of doing business, human capital, start-up environment, technology adoption, and technology infrastructure. The United States came in at number three overall, closely behind Singapore and Luxembourg respectively. 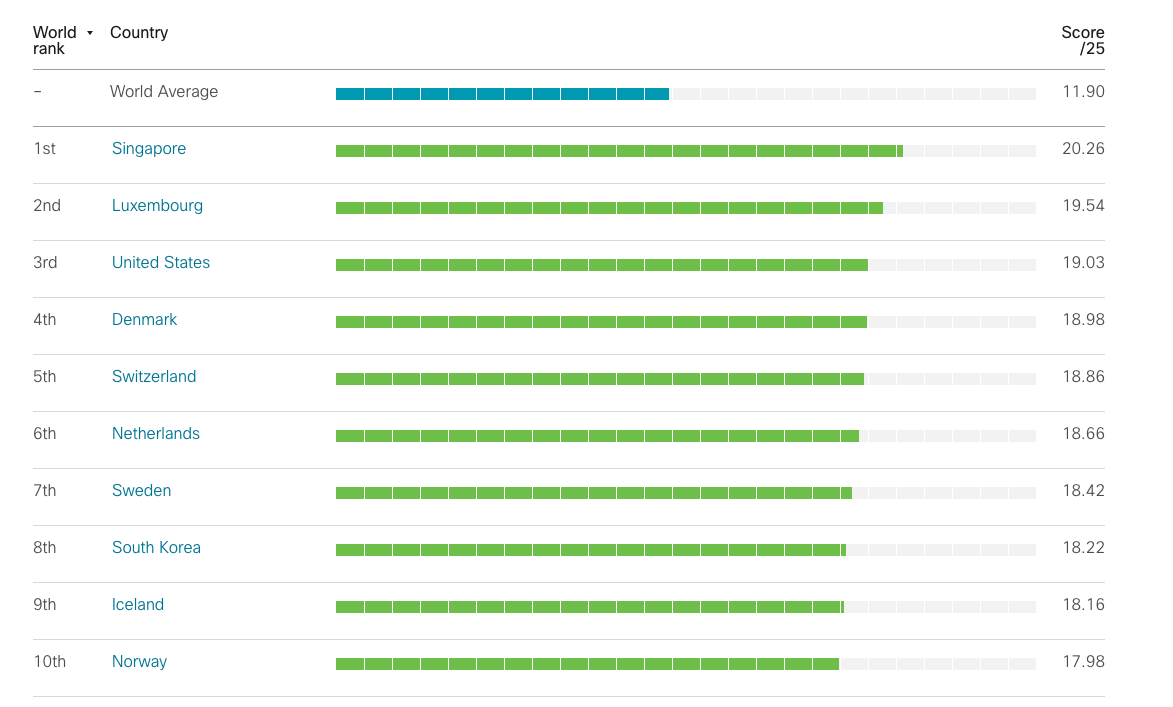 Digging into the sub-categories, the U.S. ranks number six in technology infrastructure, behind small European nations like Denmark and The Netherlands, as well as the city-state of Singapore. The U.S. is the only large country to make the top 10, which is a feat considering one of the biggest barriers to technology infrastructure is geography and population distribution. That’s why cable ISPs have invested over $290 billion in infrastructure over the past two decades, and why they continue to focus on infrastructure projects in rural areas.

The Cisco index underpins the importance of developing and building robust digital infrastructure; it is one of the most important prerequisites to an economy’s success, especially as the global economy shifts to digital commerce. That’s why the cable industry is building 10G, the high-capacity low-latency network will offer speeds up to 10 Gbps. We won’t know what the future holds, or what will be the next revolutionary technology, but we do know that whatever it is will require a next-generation network.