There Are More TV Shows Than Ever Before

To put that in perspective, there were 210 series in 2009. Flash forward to today, and new streaming services seem to launch every few weeks. In order to imitate the success of traditional cable networks like HBO and FX (who have historically invested heavily in high-quality shows and been rewarded by audiences and critics alike), big names like Apple are following suit and spending big on their lineup.

While it can feel a little overwhelming keeping up with TV now, it’s a windfall for viewers. More voices are being elevated, more talent is being showcased, and more options than ever before are available to audiences. Will 2020 continue the growth trend and surpass the 532 record? Only time will tell, but until then there’s plenty of excellent TV to kill the time with. What will you watch next? 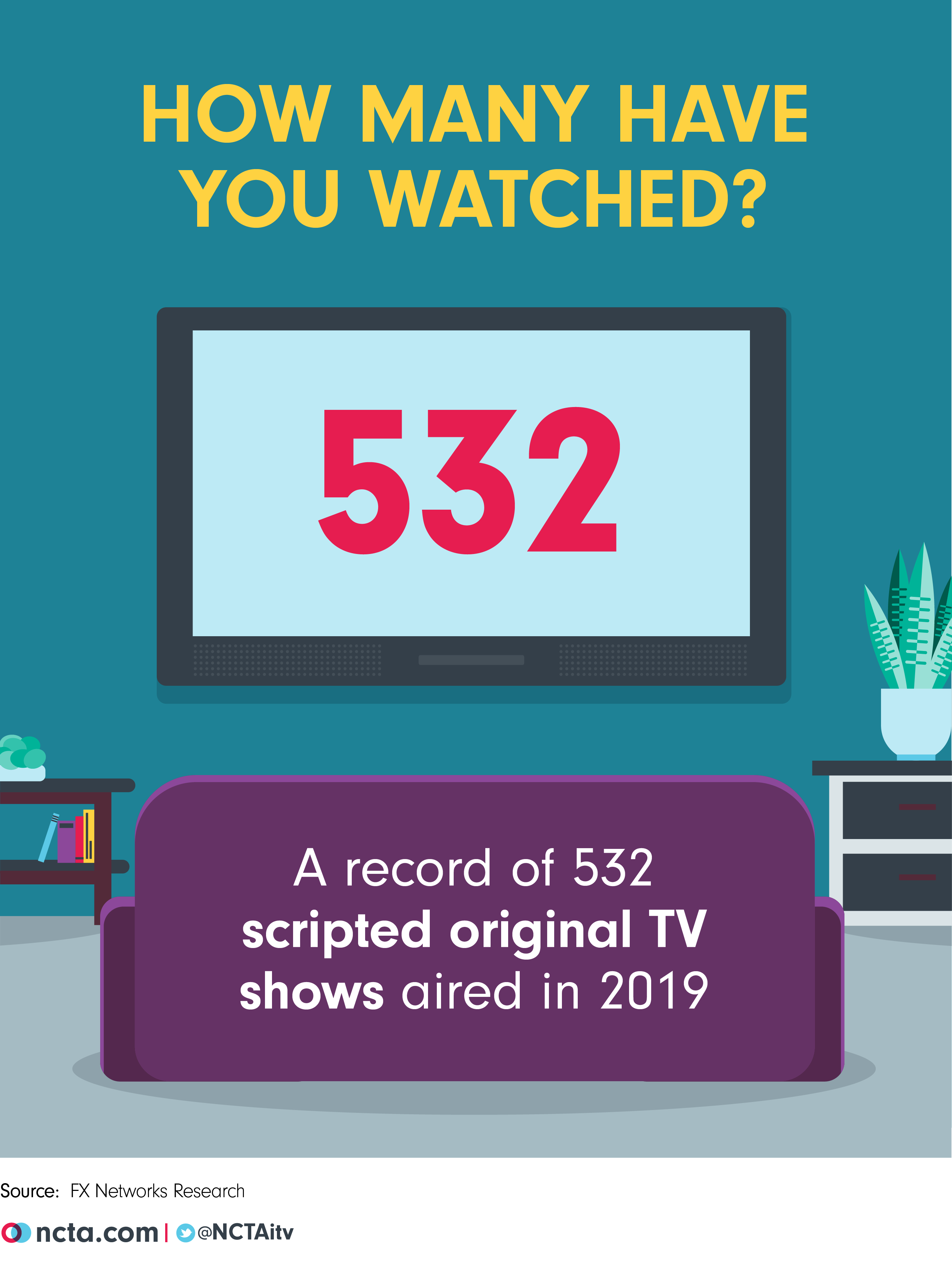