At the TV Critics Association Summer Press Tour last week, FX CEO John Landgraf informed audiences that since the beginning of 2018 and up until now, 319 scripted series have premiered on linear and streaming television.

According to FX's research, this mid-year number is already up 5 percent from the same time last year. By the end of 2017, viewers had enjoyed a total of 487 scripted series that aired on television. So far, it’s looking like they will experience even more original programming in the remaining months of 2018.

This should come as no surprise, as America's television and entertainment providers are investing more than ever in high quality content that offers viewers an endless menu of shows to choose from according to individual tastes and preferences. Since 1996, the nation’s cable programmers have invested $376 billion towards programming that has resulted in compelling storytelling that keeps viewers coming back for more. 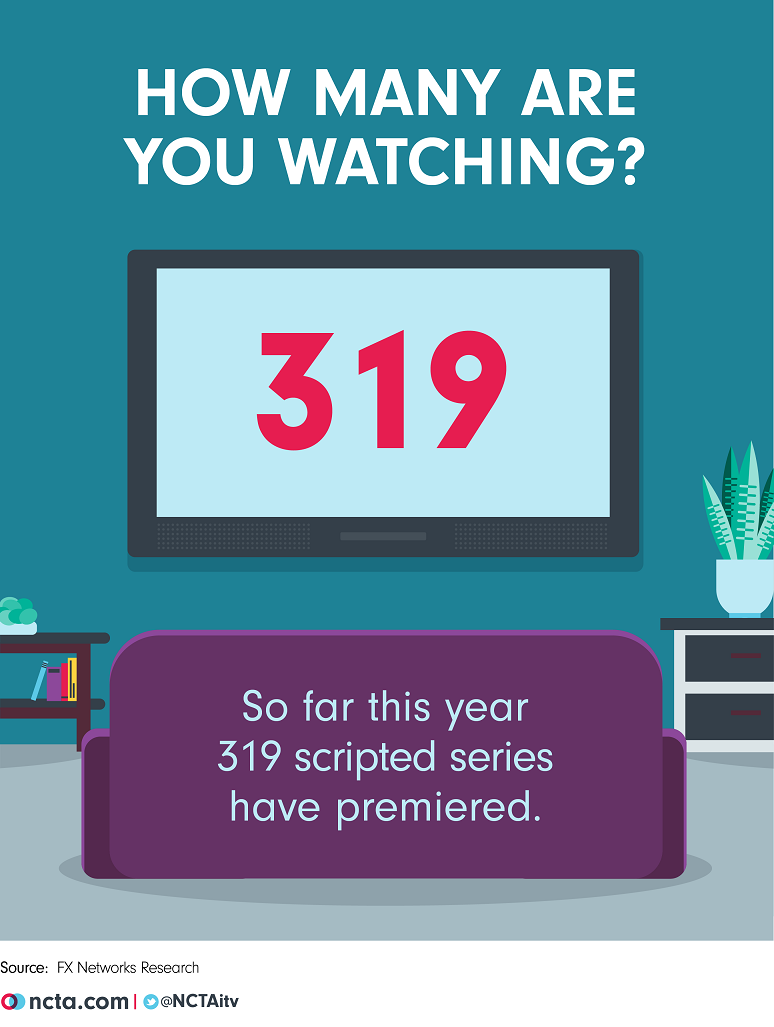 National Geographic Showrunners Share How They Film in a COVID World
August 04, 2020