Sit Back and Enjoy the Show: TV is More Competitive Than Ever Before

Sit Back and Enjoy the Show: TV is More Competitive Than Ever Before

The choices for TV today are virtually endless. As America's demographics and technology have evolved over the past two decades, so have the number of ways that TV is delivered to consumers, and the diversity of programming that audiences have available to them. Where cable television used to stand alone, technology advancements along with fast broadband networks have ushered in a myriad of new online TV distributors—and with it, an ever-growing menu of choices.

Since 1997, cable networks have invested more than $410 billion in award-winning content. At the same time, new and emerging streaming services have entered the market in the past decade and opened up another world of entertainment for viewers to enjoy. Players like Netflix and Hulu have become staples in American households, and services like Amazon are producing award-winning shows. And while a cable programming bundle offers viewers the best overall value and TV experience out there, consumers today also have the option to choose between a cable bundle, streaming-only packages, or single-episode purchases. 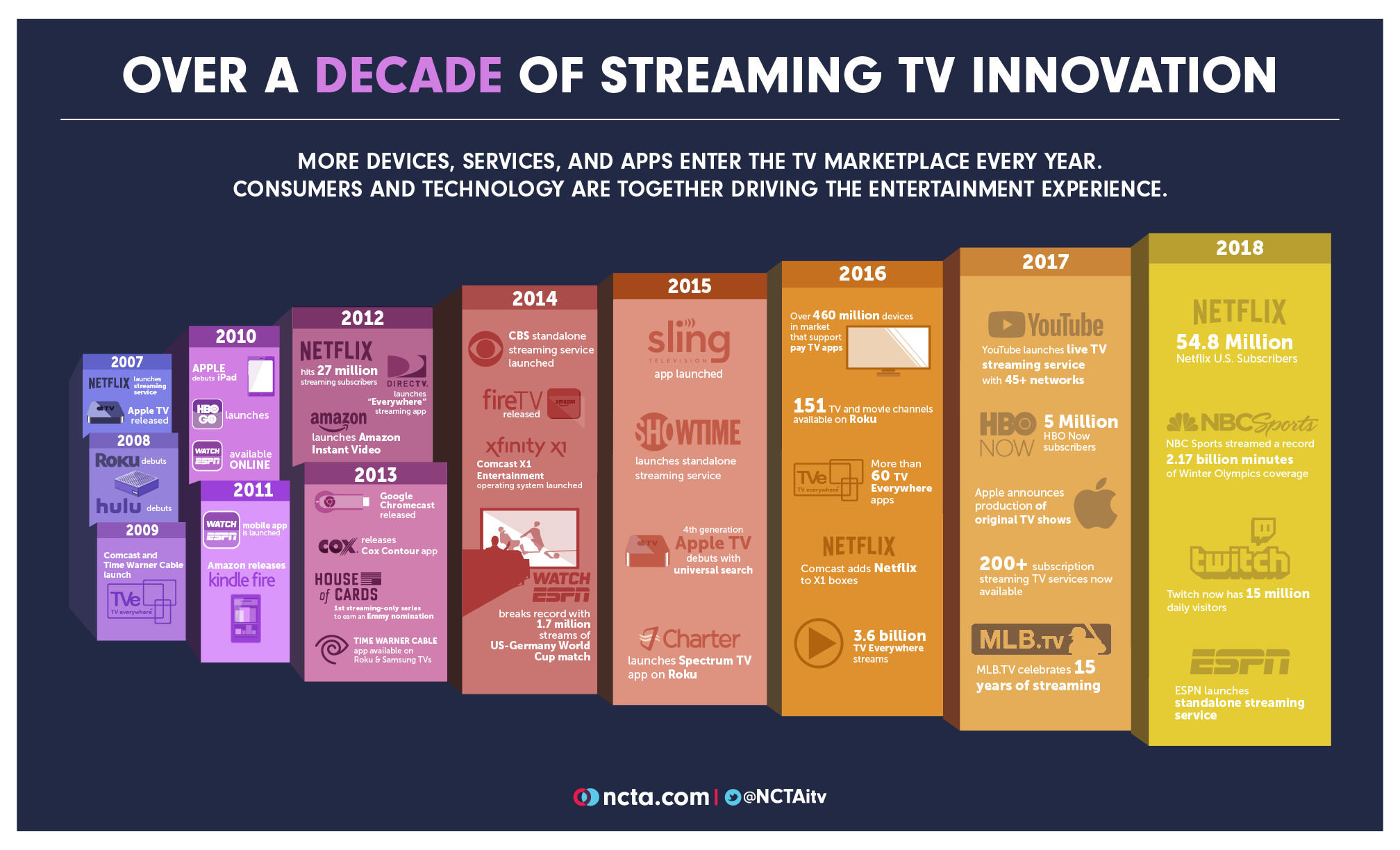 The television marketplace has never been this competitive--or this fun--for American viewers. Every player in the marketplace is working harder than ever to create richer TV entertainment experiences. The bar has been raised, and it's only going to get better from here.