The report, which GLAAD has put out for the past 23 years running, sheds light on the progress made in media representation. For the past decade, cable has led the pack even as significant achievements have been made for broadcast and streaming services. 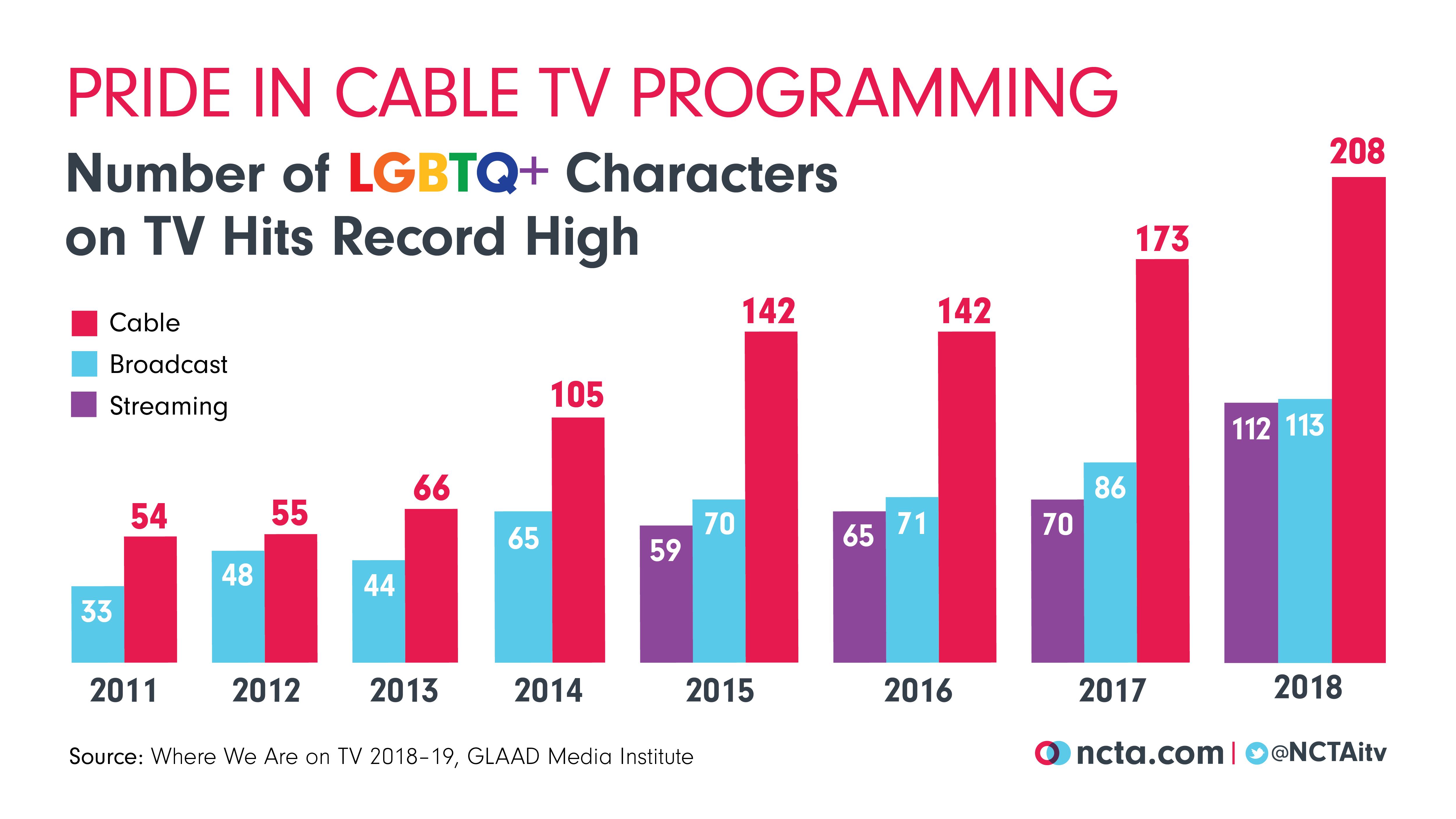 The growth might not come as a surprise, given the long history of cable networks as the home for such groundbreaking shows like Queer as Folk and The L Word. This long-term trend toward more inclusive content has been brewing for a while. With a highly competitive programming market (there are more original scripted programs than ever before), studios and networks are more likely to take a risk on new projects to reach new audiences. And programmers have started to see the value of letting once-silenced voices tell their own stories; projects like Pose and Vida boast show runners, writers, and actors with identities and backgrounds that reflect those portrayed on screen.

The best programming is diverse programming precisely because there is no one universal human experience. The more variety of voices there are, the more authentic stories come to light and the more viewers can identify with or learn from the characters and stories they see on screen.