This week, AMC aired the final episode of the hit series “Better Call Saul” to much fanfare. The series ran for six seasons, and was a spinoff of the genre-defining “Breaking Bad” that premiered in 2008 and ended in 2013. During the run of both shows, the TV marketplace has transformed and delivered more new shows year over year than have ever been seen before. 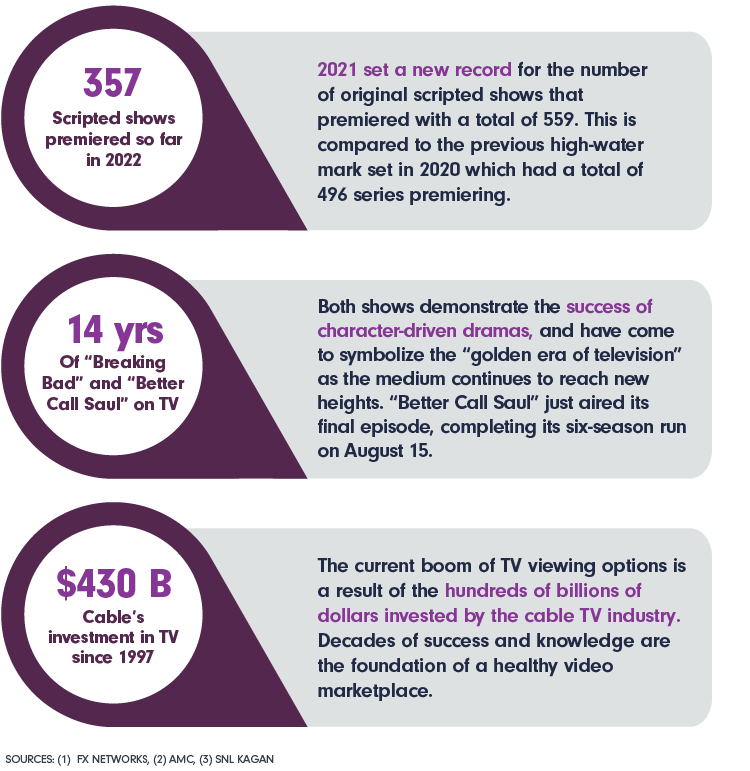 New Beginnings at the Hallmark Channel