The ability for pay TV subscribers to watch television on any device and from anywhere with a simple login--called TV Everywhere--is continuing to change the way people watch their favorite shows, according to new data from CTAM. The tracking study shows that 70 percent of pay TV subscribers are aware of TV Everywhere features offered by their provider and 56 percent now sign into TV Everywhere apps on a monthly basis.

Many demographic groups saw usage increases since last year’s report, especially among millennials. Millennials usage increased from 52 percent to 75 percent. Even Boomers, typically known for skipping over the latest tech trends, saw a usage increase from 36 percent to 46 percent.

The report highlights a couple of interesting trends that convey people's usage patterns. For example, when asked about the last time they used TVE, 71 percent of subscribers report that they were looking for a specific show, with the majority responding that they were easily able to find the programming they wanted.

Also interesting to note is 28 percent of subscribers say they are using TVE to live stream shows more than they did a year ago. Seventy-five percent of those who live streamed also reported that the ability to do so has made the technology even more valuable.

As audiences continue to find what they want, as demand for live streaming increases, and as use becomes easier, TV Everywhere is finding a permanent place in our fast-paced and ever-changing media culture. 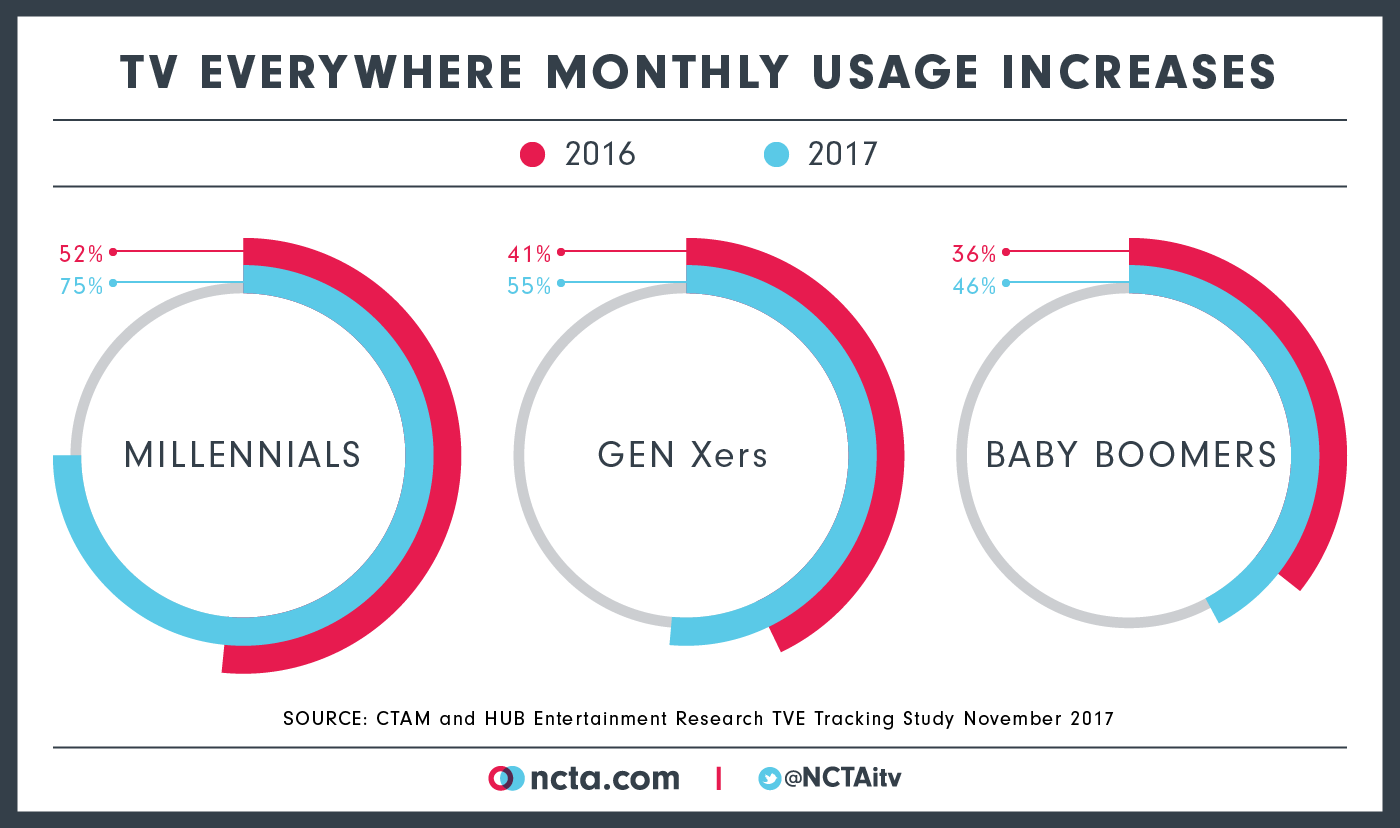 What Will the Future of Entertainment Look Like?
July 24, 2020