The Rapid Rise of Esports, Powered by Fast Broadband

Eager fans fill an arena, proudly wearing their favorite player’s jersey. But this isn’t a football game; the crowds are cheering on professional gamers as they compete live alongside their teammates for the championship. This is esports, and it represents a rapidly growing new form of entertainment. Take the fun of video games and combine it with the spectacle of live sports, and it’s no surprise that 84 million Americans are expected call themselves fans by 2021, surpassing all other professional sports leagues but the NFL. In fact, 44 percent of Gen Z say they’ve watched an esports match, compared to 51 percent who said they watched a live sports broadcast. Additionally, platforms like Twitch, YouTube, and Mixer have seen a 41 percent increase in esports viewing over the last year.

Given its rapid growth and popularity, esports quickly caught the cable industry’s attention. Cox, for example, now boasts two esports teams: the Atlanta Reign in the Overwatch League, and a recently announced team for the forthcoming Call of Duty League. Comcast has also gotten involved, building a $50 million state-of-the-art esports stadium in Philadelphia. Comcast owns the Philadelphia Fusion, which competes in the Overwatch League. And if that wasn’t enough, the Fusion’s jersey sponsor is none other than internet device manufacturer Arris.

But esports partnerships go beyond internet companies. Turner has its own esports league, called ELeague, and broadcasts the matches on the TBS Network as well as on Twitch. Even ESPN is in on the action, reporting on the latest developments in the gaming and esports world, and broadcasting matches on their network, on ABC, and on the ESPN+ app. 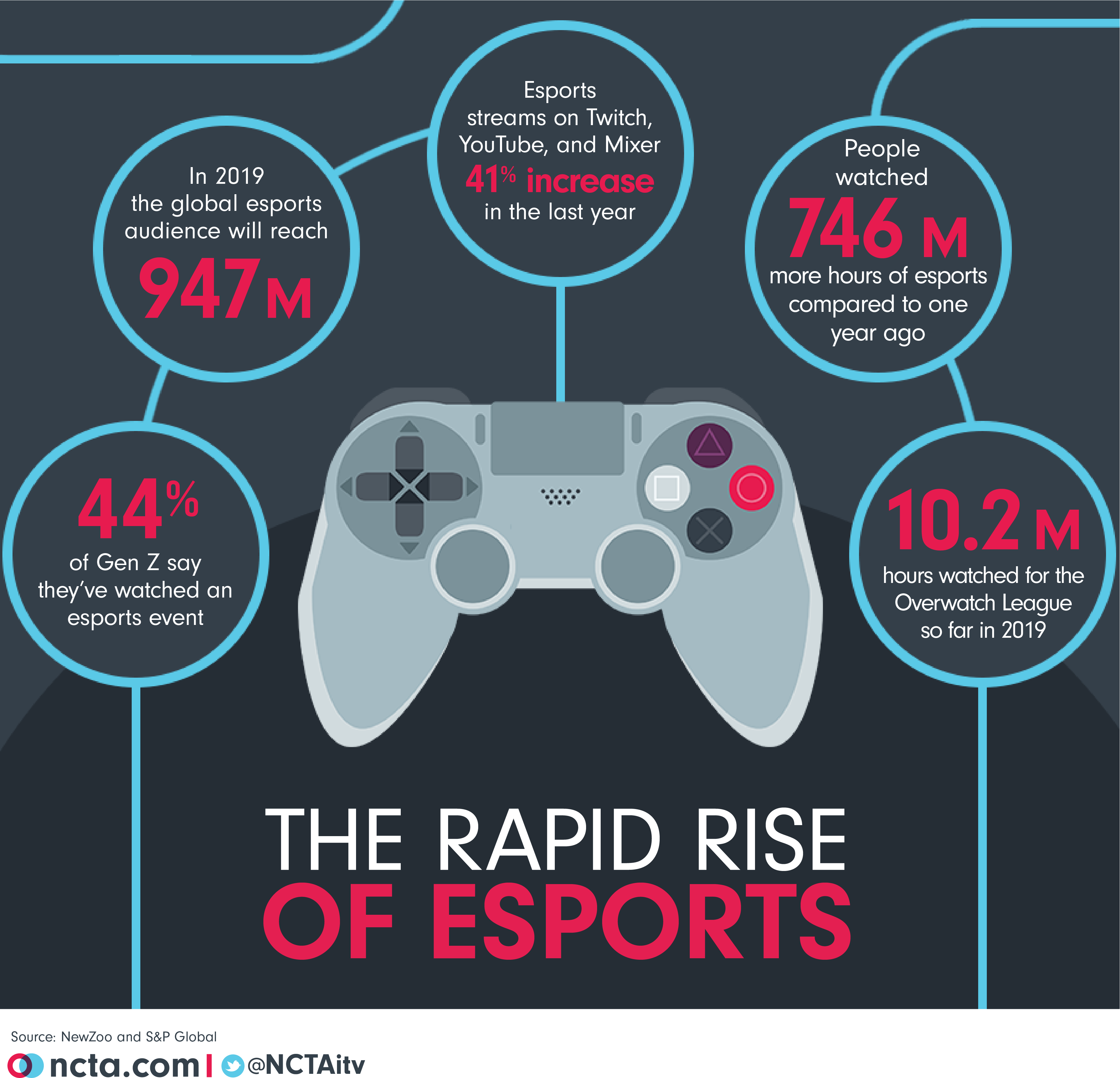 These partnerships are a natural fit, since gamers need extremely reliable, low latency, high-speed internet connections. The growth of gaming demonstrates the need for next-generation networks. As entertainment changes with VR and immersive media on the horizon, esports and gaming give us a peek at the types of applications the future might hold when 10G speeds arrive. It might not be clear what the next Twitch will be, but it’s clear that it will require more bandwidth and faster speeds. As with esports and other forms of new media, a next-generation internet connection is the backbone of innovation, and it’s exciting.