According to the 2017-18 GLAAD “Where We Are on TV” report, cable programming hit a record-setting 173 number of LGBTQ+ characters at the start of the current television season. That’s ahead of broadcast and streaming, who saw 86 and 70 LGBTQ+ characters respectively.

The trend also mirrors the sea change of public opinion in recent years in favor of LGBTQ+ acceptance; from 2010 to 2017 the number of LGBTQ+ characters has more than tripled on cable from 53 in 2010 to 173 in 2017. In fact, this year cable has more than double the amount of diverse characters than either broadcast or streaming.

Even more, in the past eight years of the survey alone, cable has consistently led the pack when it comes to inclusive characters and storylines. Shows like Queer as Folk, The L Word, Looking, RuPaul’s Drag Race, and most recently Pose have all blazed the trail for storylines once seen as “too risky” for television. Cable has proven time and time again that it is the best platform for creators to take risks and empower voices once excluded from the table.

The driving force is simple; there is no one universal human experience, and breaking the narrative mold captures new audiences who are finally seeing their experiences mirrored on television. Moreover, cable programmers are empowering voices once ostracized from entertainment, and granting them the agency to tell their own stories. It should come as no surprise that when you give someone the latitude to tell their own stories, they shine. 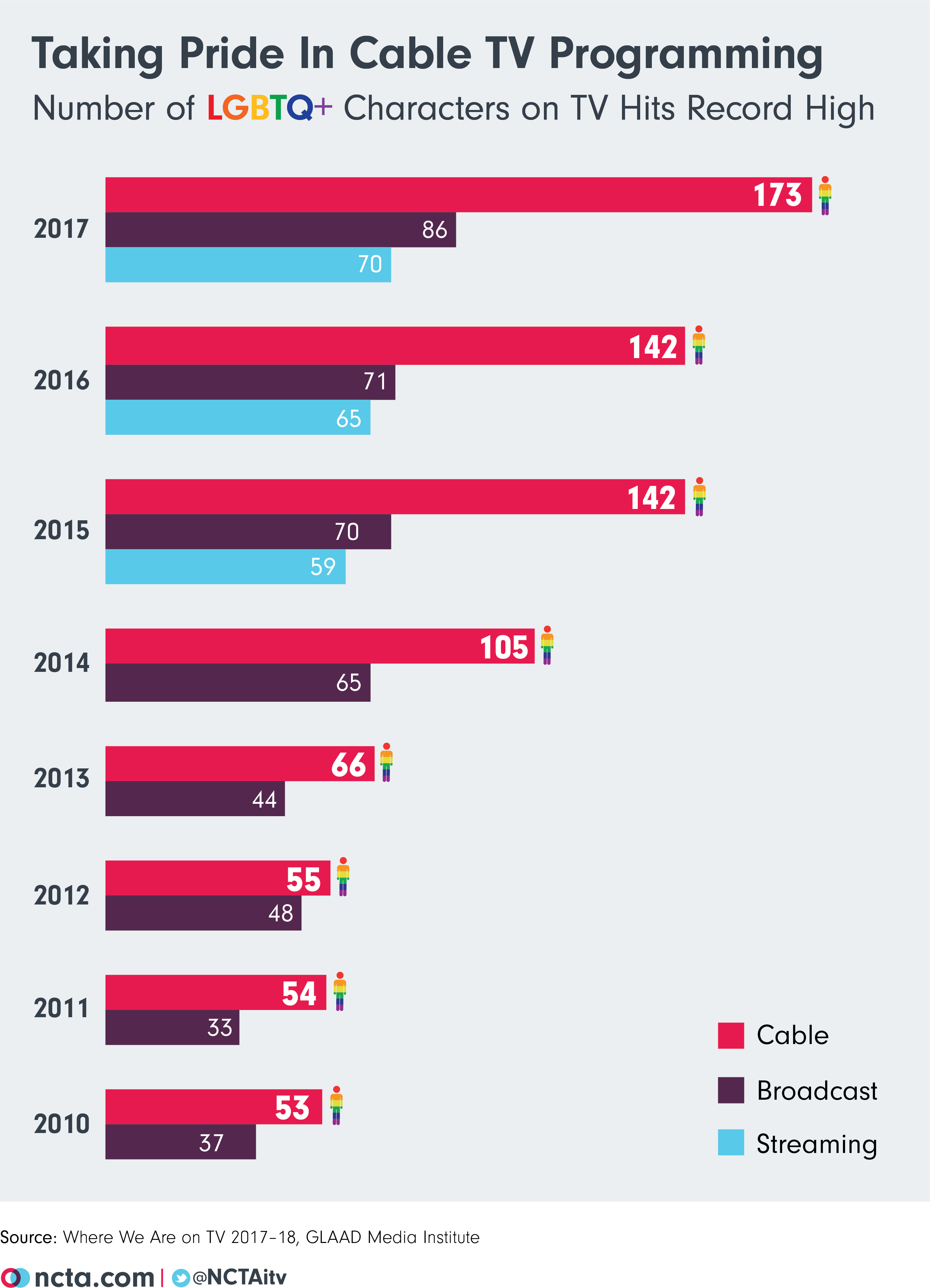