Primaries, Candidates and Everything in Between: How C-SPAN is Handling 2020

While the 2020 primaries and caucuses officially kick off this week, C-SPAN has been in campaign mode for over a year covering the many candidates as they visit towns large and small. It has been a busy time for C-SPAN both in and out of Washington as more people than ever before came to their website and watched more videos in 2019. In addition, many don't realize C-SPAN is not government funded, but rather was created by the cable industry 40 years ago and continues to be funded by the cable and satellite industries.

To learn more about how C-SPAN covers the election and other political events, we recently talked with Steve Scully, Senior Executive Producer and White House & Political Editor at C-SPAN, who manages the network’s campaign coverage along with hosting a radio program, podcast and the TV show Washington Journal. He shared thoughts on the upcoming primary elections and how the network’s coverage changes as the general election gets closer.

Q: How is C-SPAN’s coverage of the primaries this year different from 2016?

We are taking the same approach in terms of our coverage. If you look back when we first started Road to the White House in 1984, the whole goal was to show events in their entirety. The difference is technology has changed. It's allowing us to do a lot more live, and to literally follow the candidates whether they're at a state fair in Iowa, at a house party in New Hampshire or doing selfie lines in South Carolina. The big advancement is with wireless mics. and cameras that are very portable and allow us to move around to be much more nimble.

The biggest challenge is a record number of Democrats. We've never seen this many running. We're proud to say that we have covered every announcement speech live. We've covered all the campaigns, including Marianne Williamson, Andrew Yang and candidates people judge as second tier candidates. We've been on the road with Michael Bennett as he's campaigning across New Hampshire. Those are the things that you're not going to get anywhere else. We've covered all the major policy speeches and we've done a really good job focusing on the, what I think are the more interesting things, the house parties in the coffees and the meet and greets

What we always have to do is figure out how we can carve out our own niche that's going to be different from what you're going to get anywhere else. The biggest difference is that we're the only ones that show these events in their entirety. We will be the only network that carries all of the speeches of the candidates on primary and caucus night. Other networks, they may show part of it or may not carry it at all. We'll have all of it. 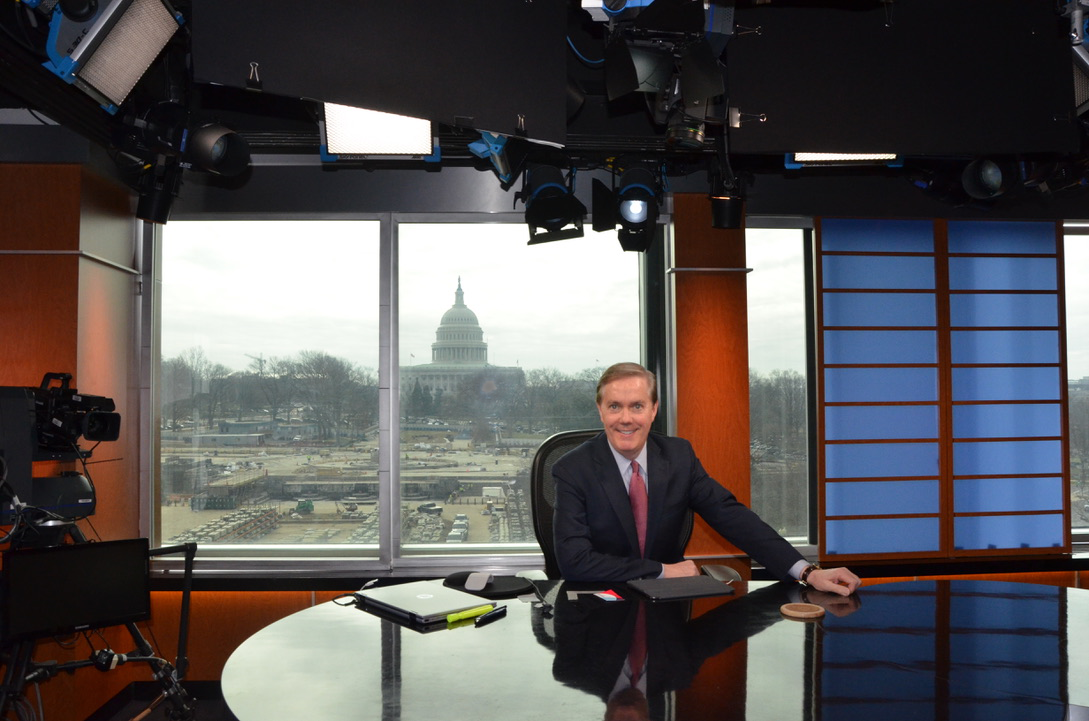 We have a new bus that is already an Iowa, and then it will shoot over to New Hampshire. The bus will be campaign rallies and events, but we can also use it for programming. The bus will then head to Nevada and South Carolina and then out in California for Super Tuesday. In September the bus also did a tour that began an Iowa and then went through Michigan, Minnesota, Ohio, Pennsylvania, New York, Connecticut and battleground states that were key to, to winning.

Q: Is there anything different for this campaign season because the primary campaign kicked off so early because of so many democratic candidates?

Thankfully the cable industry gives us the resources to do what we do, but it's not that much different than in 2008 or 2012 because the candidates tend to start the process far earlier. The biggest difference was that we had so many announcing in such a short period of time. The big wildcard is really Michael Bloomberg. We've never had a campaign where you have somebody who's willing to spend upwards of $1 billion to seek the nomination. When we go to New Hampshire, Iowa, South Carolina and Nevada, we can park ourselves in in four days and get seven or eight campaign events. Bloomberg is already running a general election campaign. He's in Minnesota, he's in California, he's in Texas, he's in Virginia, he's in Washington D.C. He's back in California. It is harder.

Also, the campaign could wrap up after Super Tuesday, it could stretch all the way through June or it could go all the way to the convention. We are preparing for three different scenarios. It just means that we have to figure out how we can best utilize our resources.

Q: With the impeachment process and primaries happening at the same time, how is C-SPAN tackling showing both big events?

The days are long. We have a really solid Congress team that's immersed in this and is all hands on deck. We have 29 people going to Iowa and 30 people going to New Hampshire. It's a challenge, but we have to prioritize. There are some other things that we might want to do but can't because we don't have the resources. We want to make sure that what we're doing, we're doing a really good job. With impeachment going on, we're not cutting back on our campaign coverage. We're still doing everything that we would have done had there not been impeachment. 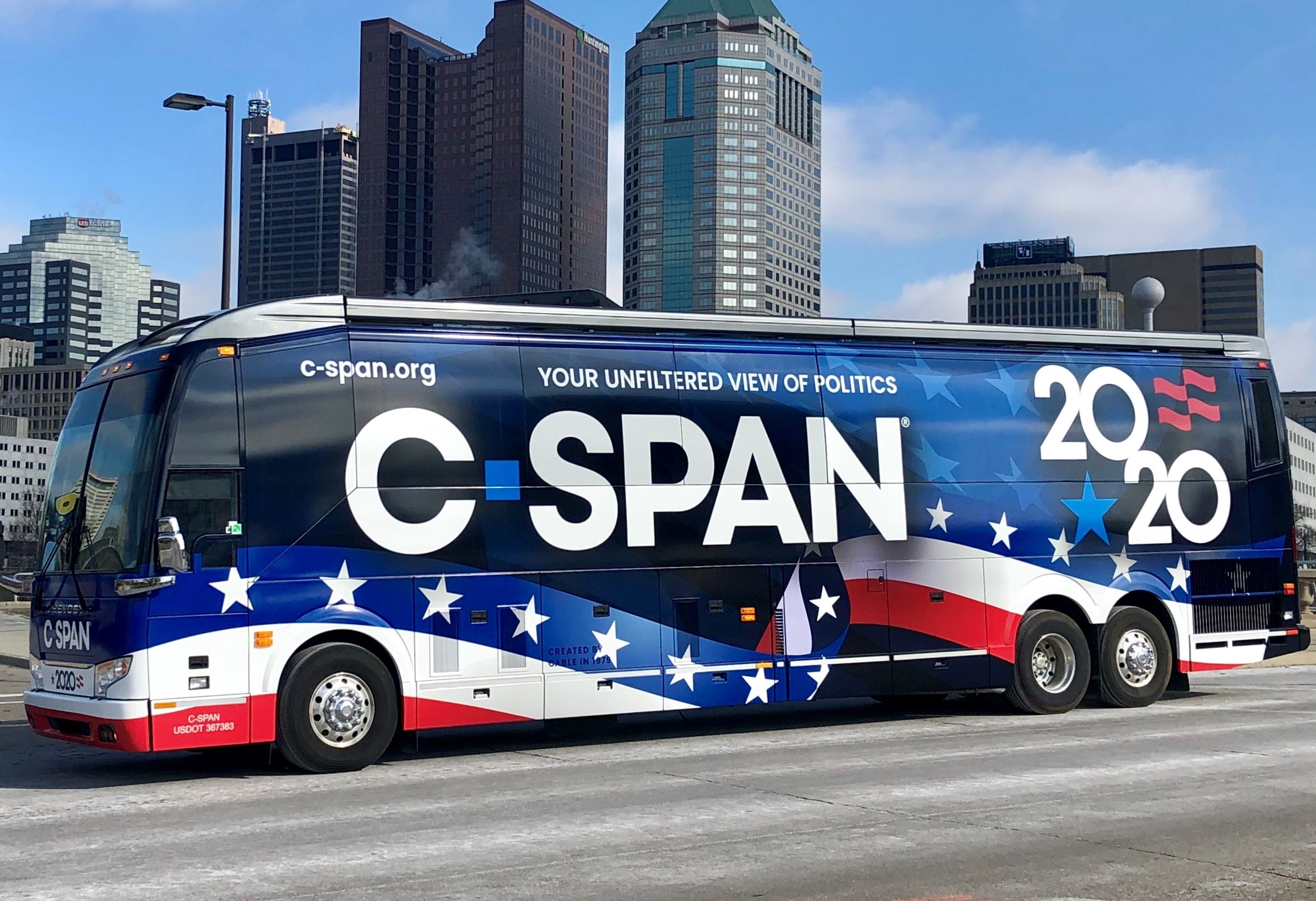 Q: Is there something that you wish C-SPAN could show differently or show more of that you don't get to do?

I wish the candidates would come on and take viewer calls and speak to the public. They do town hall meetings all the time, but it's very difficult to get them to come on. We understand they have tight schedules. Some have agreed to come on, but other campaigns have simply refused. We always want more access, such as putting the wireless mic on the candidate, that can give context to events. Some campaigns are willing to work with us, but some don't. We understand it's their campaign. We just do the best job we can with whatever limitations are in front of us.

Q: How does your coverage change after Iowa and New Hampshire?

In February you're going to have a handful of candidates who are going to drop out, so you have a much smaller field. But then you have campaigns on charter planes going from city to city. It's a bigger challenge because you can't park yourself in Des Moines or Manchester and get all the candies within a two hour radius. Again, you just have to pool resources with networks we work with. Other networks, they share their video and we share our video with them. We get events from them that we can't always get.