Sandvine released its 2017 Global Internet Phenomena Spotlight on Subscription Television Piracy report this week. In it, Sandvine revealed that 6.5 percent of households in North America are illegally accessing subscription-based television content each month. The report looks at how unlawful content distributors aim to "replicate the live television experience offered by cable and satellite providers," and projects that it will continue to grow if left unchecked, especially given the low cost for users to access this unlicensed content.

The report also found that these pirated services accounted for more than 6 percent of downstream traffic in the peak evening hours. For perspective, the longtime popular global source for pirated TV and movies BitTorrent takes up just 1.73 percent. The content being pirated largely comes from premium TV, live sports and news, with Game of Thrones being the most pirated television show in the world, and CNN among the most dominant sources of TV news for the pirate streaming audience.

Sandvine estimates that about 7 million subscribers pay approximately $10 a month for these pirated services. Compare that to the average $50 per month that Sandvine estimates it costs for a licensed television service, and which has to undergo a process and fulfill certain requirements before it airs any programming. This is because the revenue made from licensed TV services goes to the content creators that produce the programming that viewers enjoy in the first place – something that doesn't happen through pirating services.

Sandvine estimates that all of this accumulates to a $4.2 billion a year loss for television service providers, if all 7 million of those subscribers would have paid for their programming through legitimate TV servicing routes. 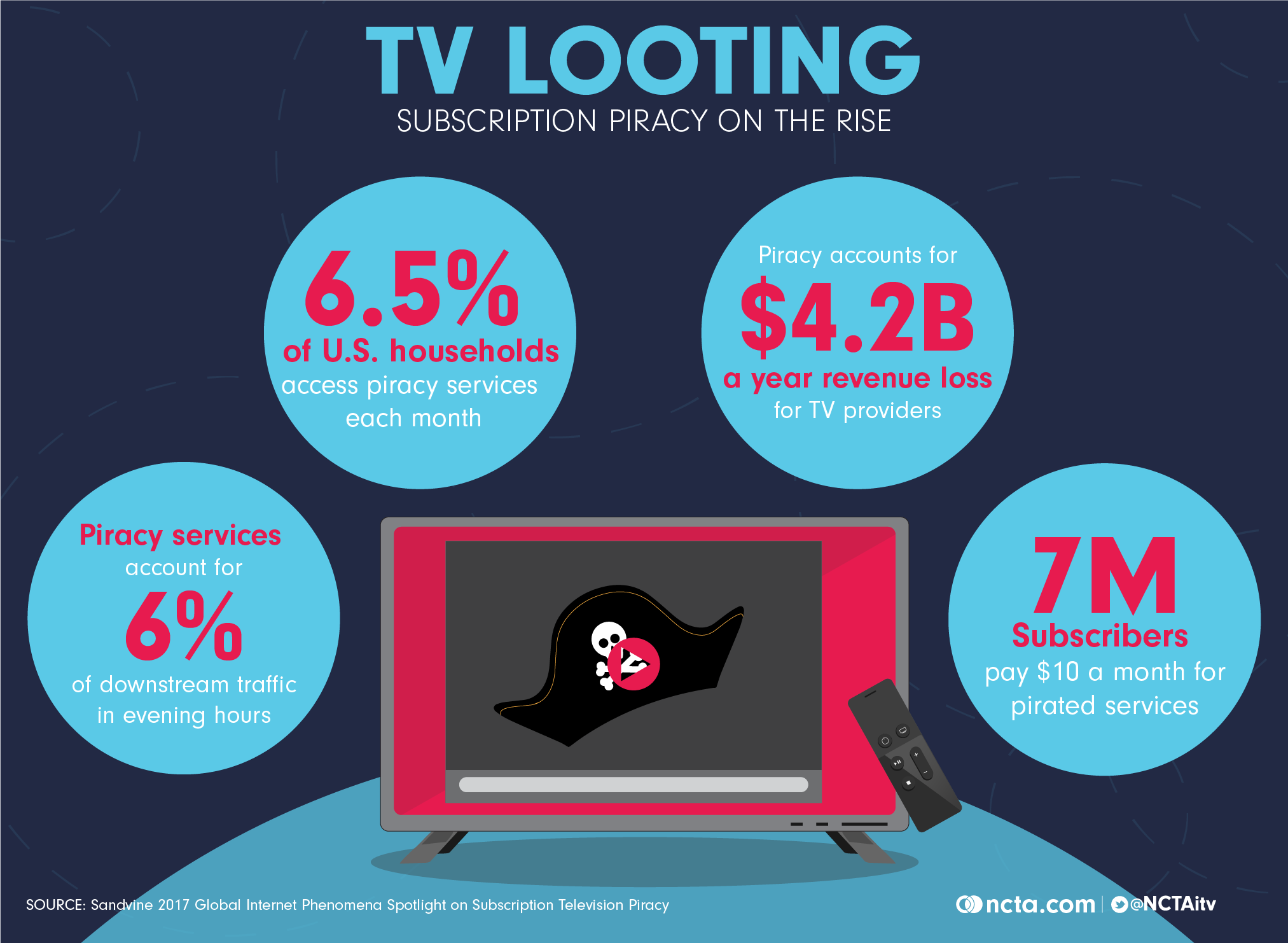