New data from the FCC shows that broadband networks in America continue to reach more households in every corner of the country, continue to offer faster speeds to more consumers and continue to provide more choice of providers across multiple speed tiers. Released in late October, the FCC’s December 2020 “Form 477” data demonstrates broadband progress in both urban and rural areas, even at speeds of a gigabit per second or more, as the cable industry has deployed its DOCSIS 3.1 network technology and as fiber has been deployed more widely, both of which dramatically increase the speed and capacity that can be delivered.

While the FCC is currently working to improve its broadband map, the best available data regarding the availability of broadband continues to be collected twice a year from providers via the Form 477 process. While this data has its limitations, it shows which providers offer broadband service, along with the maximum advertised download and upload speeds offered, in each Census block. This data creates a detailed picture of which geographic areas have access to various levels of broadband service and is the best source of information currently available to address the question of broadband availability. 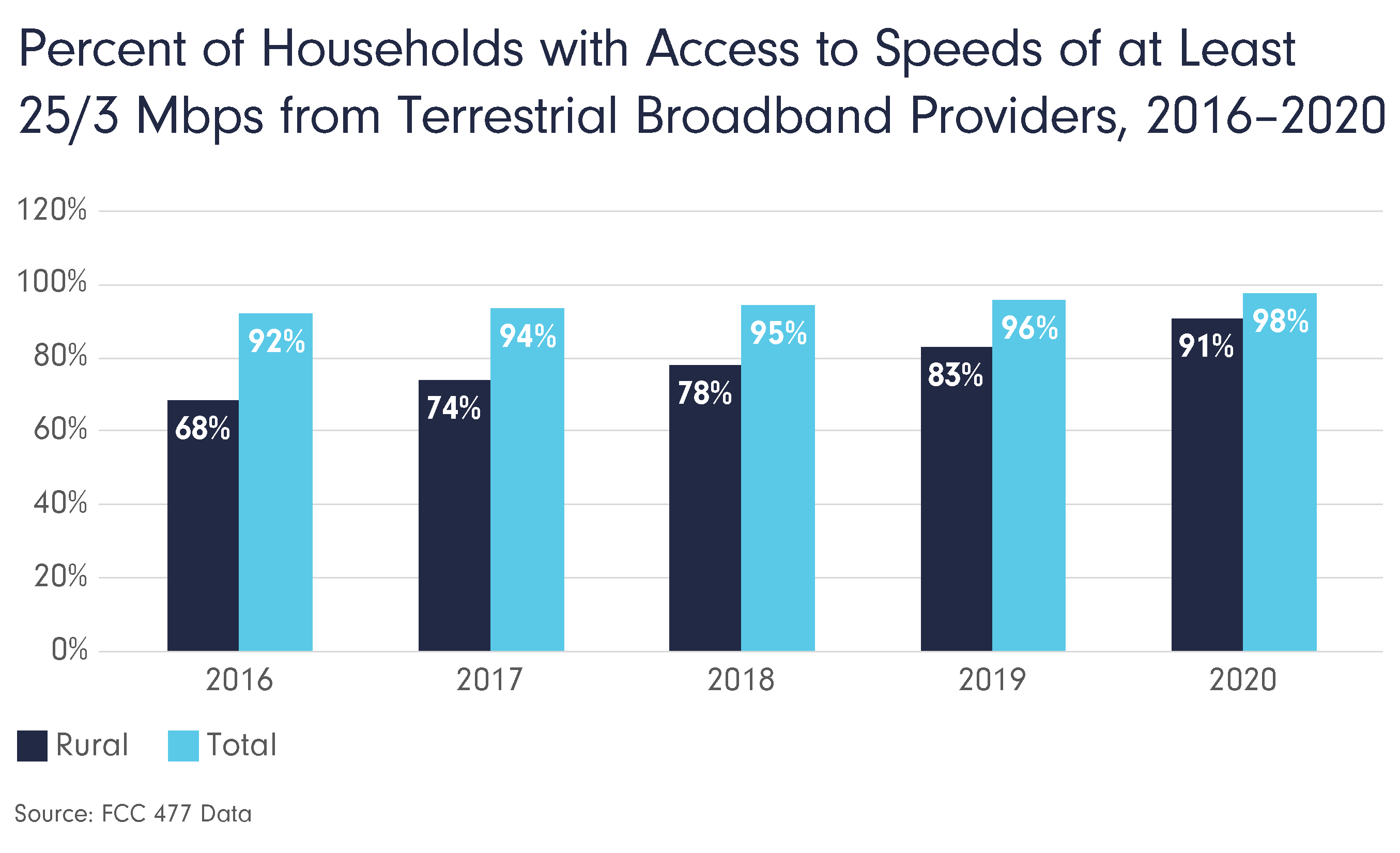 2. The availability of gigabit speeds has increased exponentially.

Significant improvements in availability of higher speed tiers are also being realized, as broadband providers continue to make large investments to upgrade their networks. For example, speeds of at least 100 megabits per second downstream and 20 megabits per second upstream (100/20) were available to 92% of U.S. households at the end of 2020, up from 90% in 2019 and 65% in 2016. The prevalence of gigabit per second downstream speeds has increased even more dramatically over this five-year period. In December 2016, only about a quarter of U.S. households had access to gigabit service from any provider, but in five years the availability of gigabit service reached 88%. 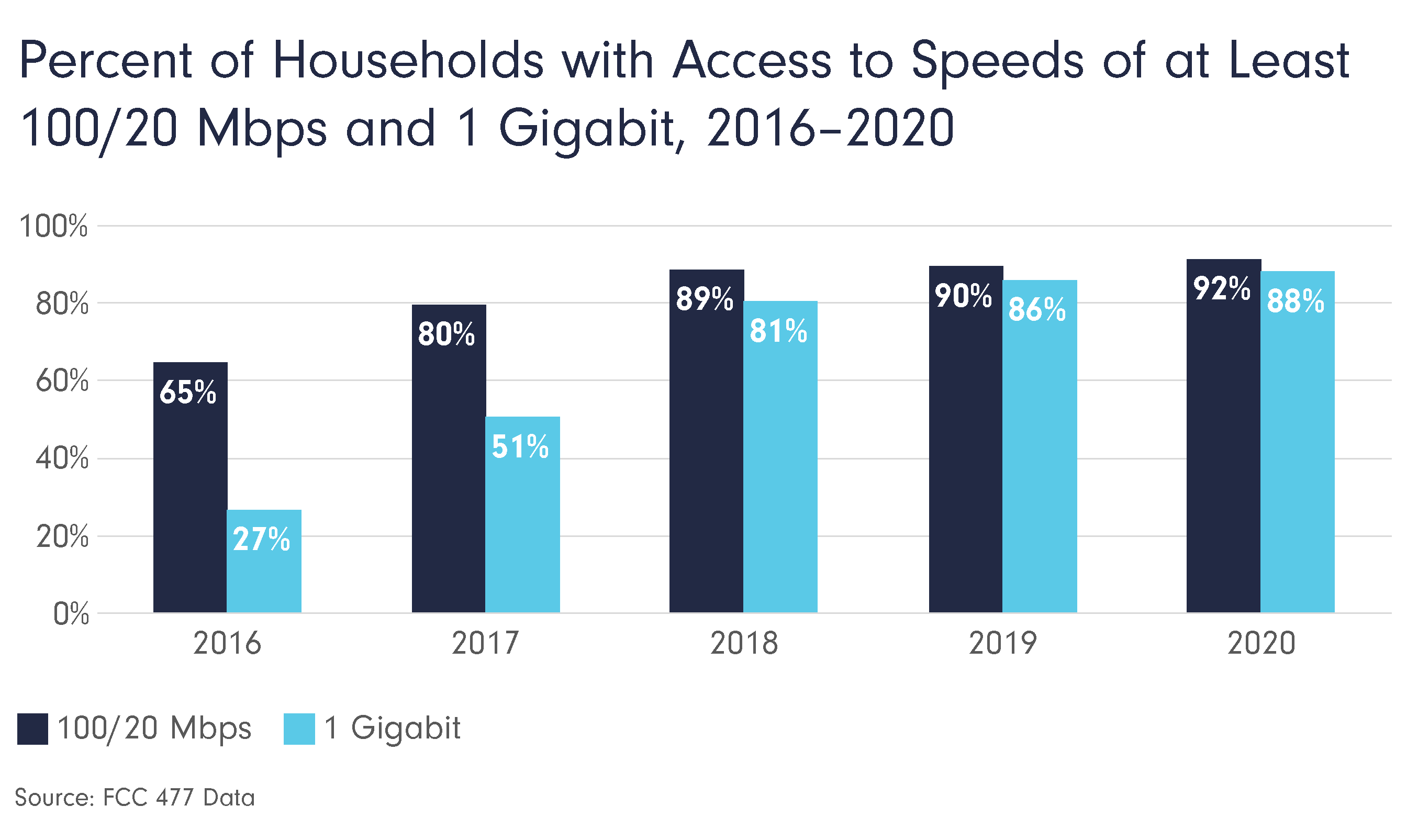 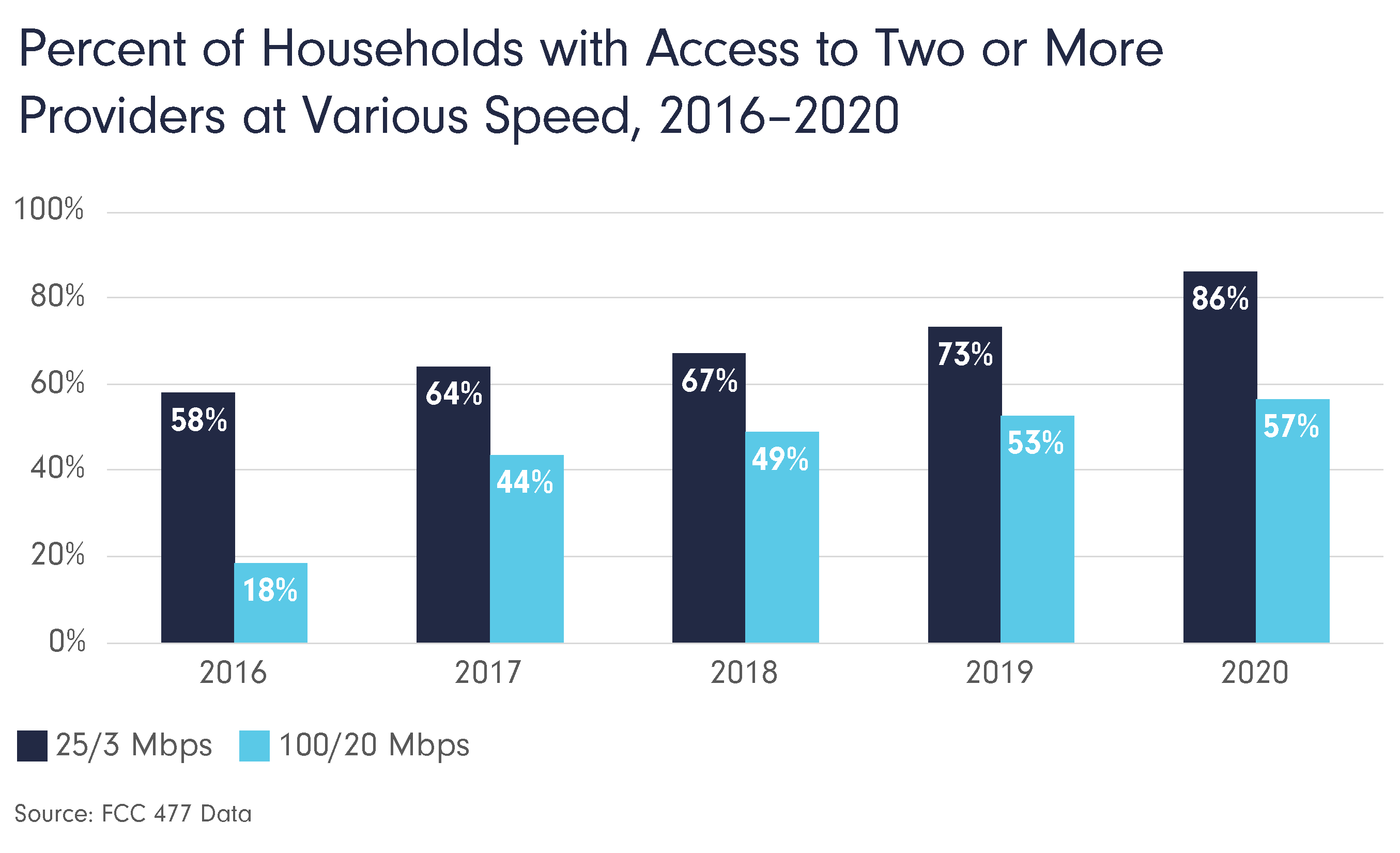 While gaps remain to be filled, the digital divide in this country has been steadily closing in recent years. Government funding programs – such as the FCC’s Rural Digital Opportunity Fund and Connect America Fund, and Department of Agriculture’s ReConnect – along with private industry efforts have contributed to this progress. And with the prospect of even more funding being made available through the Infrastructure Investment and Jobs Act, the goal of ensuring that every household in America will have access to broadband is getting closer every day.

Smartly Reforming USF While Building Broadband to All

Cable Providers Are Leaders in Closing the Digital Divide