The fourth week of data from the cable industry’s COVID-19 Internet Dashboard continues a familiar pattern: national peak broadband growth (both downstream and upstream) has essentially plateaued. This doesn’t mean that we won’t see some variation in peak demand increases (or decreases) from week to week among certain states and regions, but overall the national pattern is consistent and proves that these networks are more than capable of handling the increased demand that we have seen, thanks to years of construction and billions of dollars in private investment in infrastructure and technology.

As a reminder, the internet dashboard includes aggregated data from cable internet service providers that deliver broadband to tens of millions of homes and businesses throughout America.

In looking at the broadband metrics for this week, and comparing over the past few, the national trend that we indicated in past weeks has continued. This week’s key takeaways include:

The cable industry’s broadband performance data provides useful reassurance that networks across the U.S. are capably handling the increased demand from millions of consumers working, learning and being entertained from home during the pandemic.

But even the best network into the home doesn’t mean that some consumers won’t experience intermittent connectivity issues, which can often be caused by how and where their equipment is set up and other issues that can easily be addressed.

What are the top home networking issues? CableLabs has identified five common problems that often cause in-home slowdowns, and how to fix them: 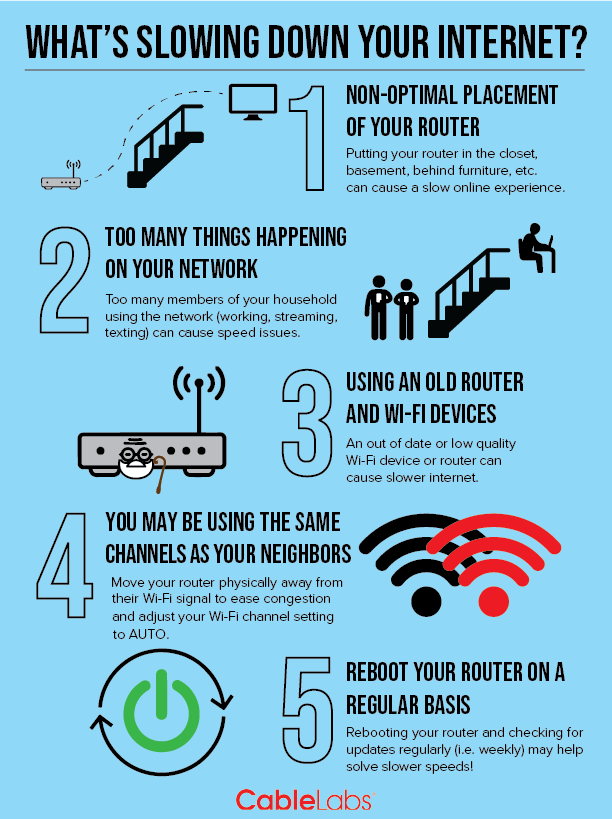