Much of America’s Infrastructure is Crumbling; Broadband is the Exception

The topic of improving our national infrastructure is once again front and center in Washington. For years, the American Society of Civil Engineers (ASCE) has been urging policymakers to reinvest in things like waterways, bridges, energy grids, and roads. In fact, ASCE reports that 43% of America's public roadways are in poor or mediocre condition, more than 230,000 U.S. bridges require repair and preservation work, and there is a water main break every two minutes, causing an estimated six billion gallons of treated water to be lost each day.

Another “newer” form of infrastructure is the physical broadband networks that span across the country. But unlike the nation’s bridges, roads, energy grid and other “traditional” infrastructure which suffer from age and chronic underinvestment, it is important to note that  broadband is not crumbling and in need of great repair and that the remaining challenges we face in extending broadband networks to remote areas and connecting all Americans require a tailored response. In fact, America’s broadband networks have been the most robust, reliable and continually enhanced infrastructure over the past decade, but especially the past year as millions of people worked, learned and were entertained (all via the internet) from the safety of their homes during the pandemic.

As policymakers continue to do the work of reinvesting in America’s infrastructure, it is important to understand the facts on the ground about America’s broadband successes. 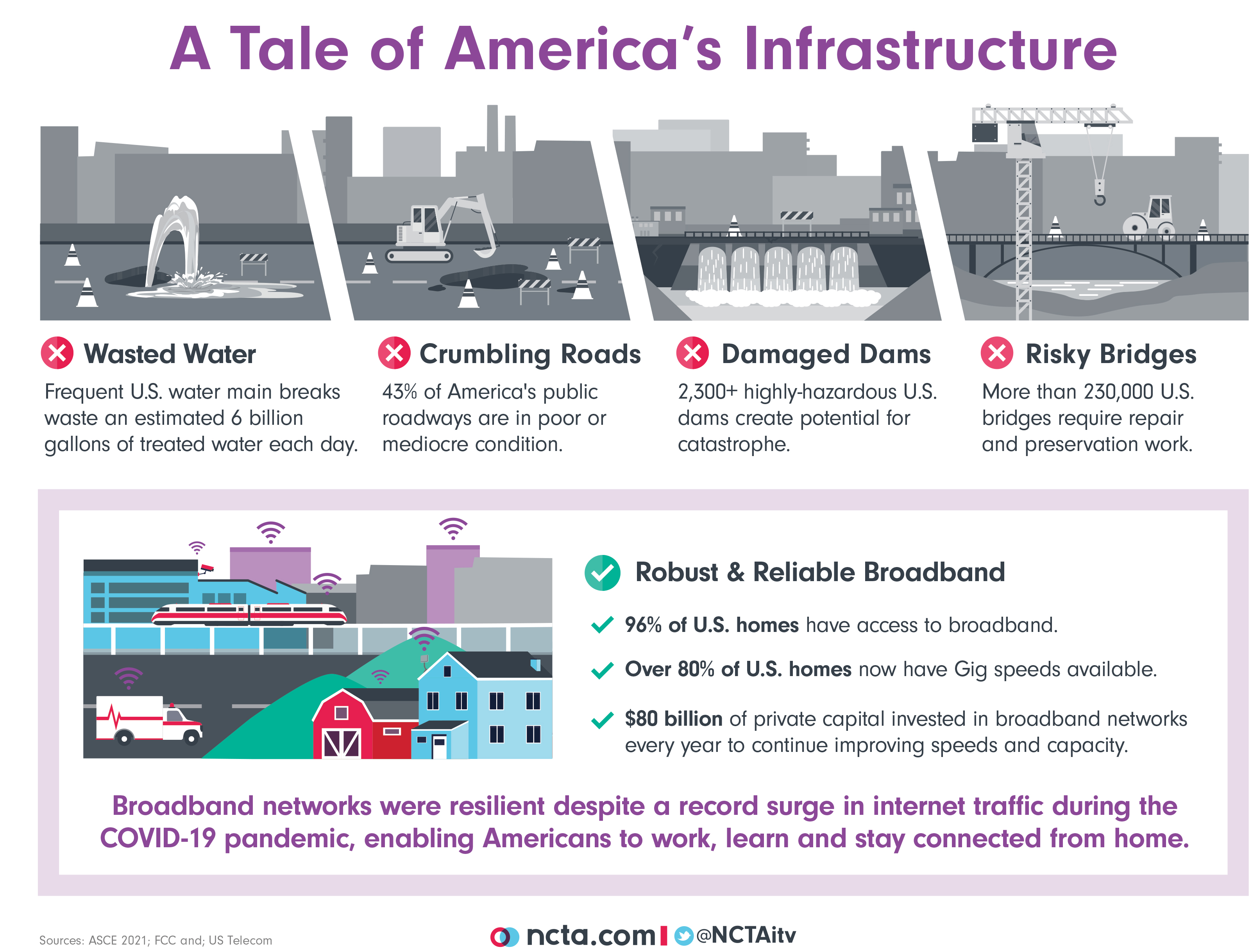