Winter has officially come to an end. It's never easy to say goodbye to a beloved show, especially one that has united fans all over the world for eight years and brought them together over watch parties, social media, or even just conversation. HBO's Game of Thrones—the network's biggest series in history—aired its finale this past Sunday, and while this last season spurred controversy among critics, the show still pulled in a record of 19.3 million viewers in a single night. The series high raked in almost two million more viewers than the season eight premiere, and surpassed The Sopranos, the network's previously most-watched and highest-rated series. 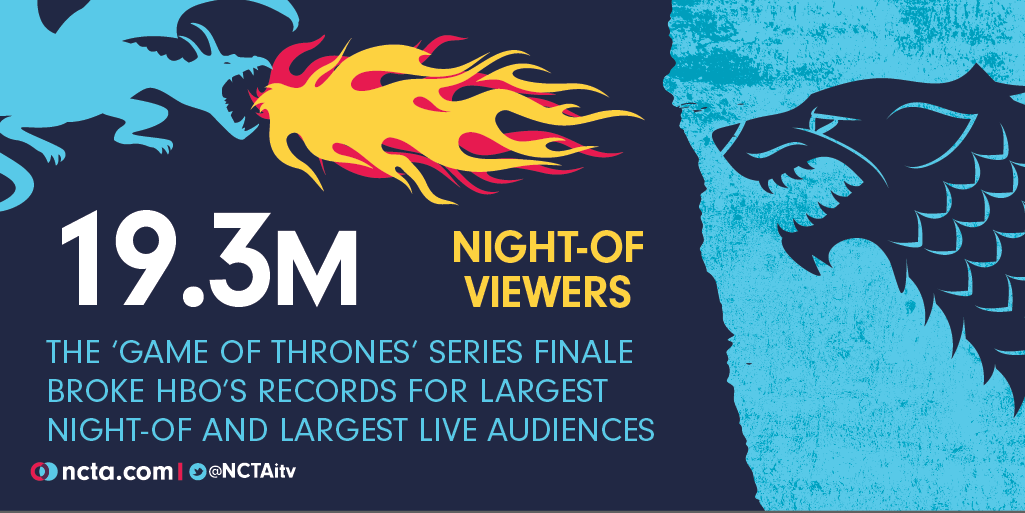 Game of Thrones experienced growth in viewership each year, culminating in an all-time high for its final season as millions tuned in to find out how the story would end. In fact, this last season averaged more than 44 million viewers per episode after accounting for delayed viewing and viewership across all platforms. And while many will miss the rich, dramatic plotlines and the characters that made the song of ice and fire so compelling, fans will be happy to know that the network is developing a spinoff set to air sometime in 2020.

In today's TV marketplace in which viewers can choose from a limitless menu of programming, and when, where and what device to watch their favorite shows, Game of Thrones proved that award-winning storytelling and cinema-quality production will always bring people to the small screen, and keep them coming back for more.

Cox’s CTO and COO Explain Why Internet Infrastructure is Ready for the Unknown
March 24, 2020