Hallmark Channel CEO Shares the Magic Behind the Network's Strategy

It's Valentine's Day, and of all the TV programming to choose from, there's no question which channel many viewers will turn to on a day like today. When it comes to holiday or romantic comedy sentiment, few networks have the legacy and powerful brand presence like the Hallmark Channel does, and audiences just can't get enough. While at the Television Critics Association Winter Press Tour last week, NCTA sat down with Bill Abbott, President & CEO of Crown Media Family Networks, to learn about the genius behind one of America's most popular TV networks, and how the Hallmark Channel has managed to stay true to its mission amid a sea of technology change and new viewership patterns. 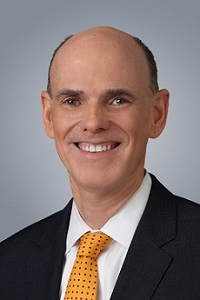 The network airs a prolific set of programming that includes: original scripted series in primetime; the docudrama, Meet the Peetes; specials that are pet-centric; 100 original movies a year; and the lifestyle program Home & Family that's on 52 weeks a year, five days a week and two hours a day. Abbott emphasized that all of the content they choose goes through the Hallmark brand filter. "Anything that connects viewers emotionally, anything that tugs at the heart strings. Anything that is a positive reflection on day-to-day life—that's what we look to create," said Abbott. As for the network's audience—which breaks down to 70 percent female and 30 percent male—Abbott described them as "extremely loyal, extremely passionate, and very large in terms of volume."

"Hallmark Drama has been increasingly carried by distributors and we believe it will be in 30 million homes by the end of 2019," predicted Abbott. "When you see our library and our experience in producing dramas, and you position it against our other channels, it is a different offering and a different audience. Then together, those three platforms on the linear side put us in a very good position for the future."

Abbott also pointed out the network's success with Hallmark Movies Now, which launched 15 months ago and has experienced remarkable growth with well over 600,000 subscribers. According to Abbott, the average viewer spends around five hours a week using the service. "We recognize that a lot of viewers are migrating to other platforms," said Abbott. "We look at it as an opportunity. We think our future is very bright in this space." The network is producing original content for Hallmark Movies Now, including a spin-off (When Hope Calls) of one of its top 10 series—When Calls the Heart—which premieres in August. "We think all those big fans of When Calls the Heart will be drawn over pretty quickly to subscribe to Hallmark Movies Now, and that will run into our holiday season on the platform," added Abbott.

Speaking of the holiday season, Abbott was behind the network's holiday programming move to do a "Countdown to Christmas." Every year before Christmas, two of the network's channels begin to run movies from the end of October through New Year's Day. The movies air 24/7 during this time period, and many are drawn from the network's rich and deep movie library. "We produce so much content over the years that we can go 24/7 and create that destination for viewers that they just love," said Abbott. The network subsequently followed with other seasonal countdowns throughout the year—a unique way to roll out content that viewers look forward to.

So what else is in the magic that continues to lure viewers in year after year?

"It starts with the brand. You know what you're going to get when you get there, and we stay true to that and we're relentlessly consistent. We don't program to do anything that is going to tilt that in the wrong direction or surprise viewers in a way they would not be happy about. That consistency is a big piece of what we do," said Abbott. "Whereas other channels might be focused on the big hit, the big series. On emphasizing an original that may or may not catch fire. It's a one-time-only type of thing. But our movie library really allows us to develop that consistency."