Get Ready to Save Billions: Set-Top Box Voluntary Agreement Has Been Extended

Together with the Natural Resources Defense Council, the American Council for an Energy-Efficient Economy, the Consumer Technology Association and all of the largest pay-TV providers in the United States, NCTA has announced a four-year extension of the Voluntary Agreement for Ongoing Improvement to the Energy Efficiency of Set-Top Boxes, commonly known as the VA. The award winning program, initially signed in 2012, has already saved consumers more than $3 billion and avoided millions of metric tons of CO2 emissions over its first five years. New industry DVRs use 40% less power than they did in 2012. This extension is ultimately expected to save another $1.6 billion in energy costs and avoid an additional 9.3 million metric tons of CO2 emissions each year. These savings are the equivalent of the electricity use of every home in Chicago or taking more than two million passenger cars off the road each year. Annual savings will continue to be verified by an independent third-party auditor, D+R International.

Secretary of Energy Rick Perry lauded the extended agreement as “an effective alternative to government regulation,” and stated that the “[Department of Energy] supports the commitment from industry to improve energy efficiency and looks forward to the renewal of this voluntary agreement with our private sector partners.”

Neal Goldberg, NCTA’s General Counsel, affirmed the success of the program, saying, “The extension of the Voluntary Agreement demonstrates our industry’s commitment to approaches that assure our customers benefit from energy efficiency measures while maintaining our ability to develop new services and equipment which they demand,” and that the Voluntary Agreement has saved consumers billions of dollars without slowing the rollout of new services such as 4K Ultra High-Definition set-top boxes.”

A new CTA report finds that while the number of tech devices in our homes is increasing, their share of our total energy use is steadily shrinking. Today, U.S. households’ consumer tech devices consume 25 percent less energy than they did in 2010. Doug Johnson, vice president of technology policy at CTA said “CTA believes that voluntary, market-driven initiatives are the most effective means of promoting and achieving significant energy efficiency gains.”

The agreement and more information are available at www.energy-efficiency.us. 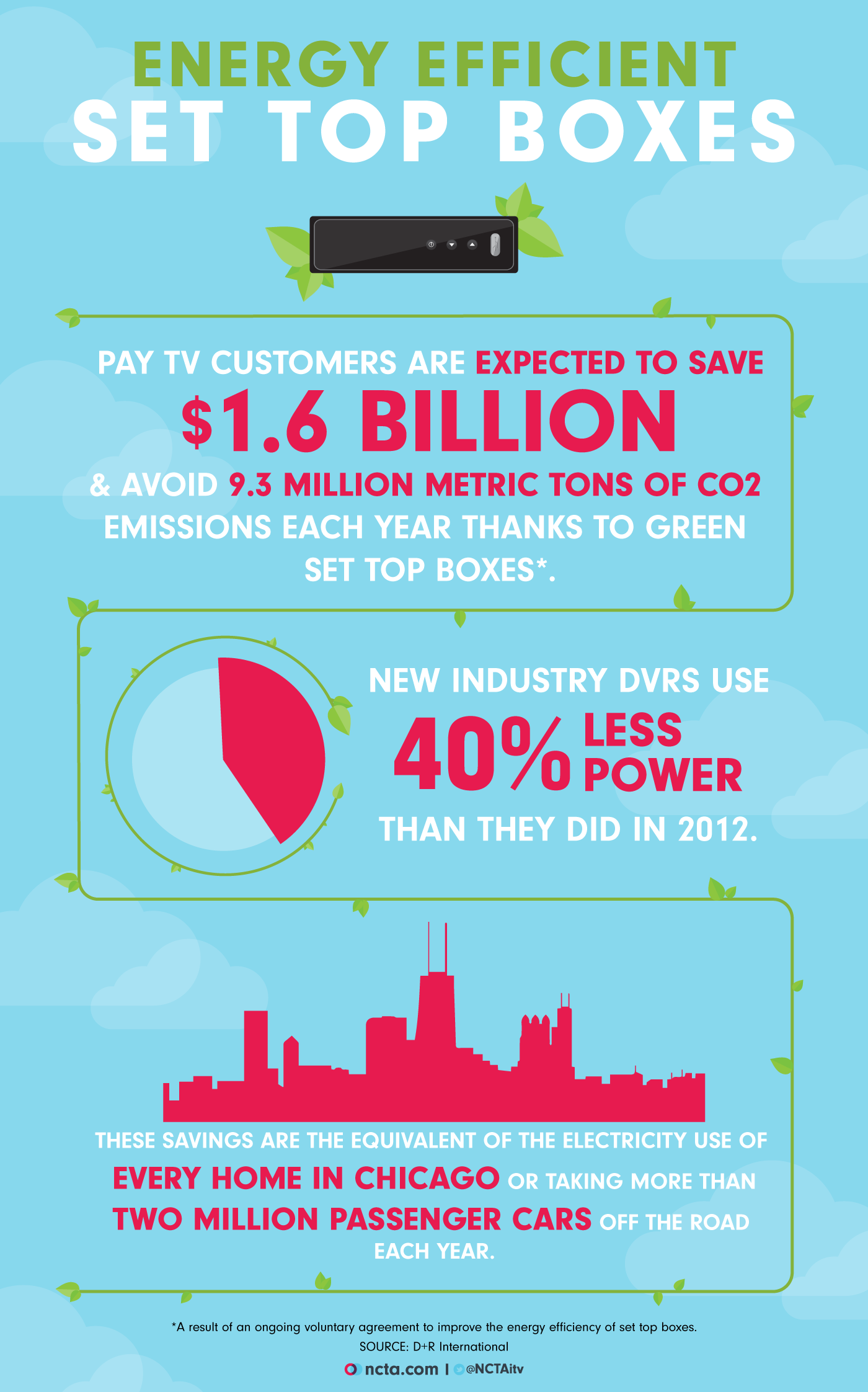