Game of Thrones By The Numbers

Game of Thrones By The Numbers

Millions of people will tune into HBO this Sunday to watch the final season premiere of Game of Thrones. The massively successful series has inspired a concert tour, countless podcasts, and is even credited with increasing tourism to filming locations like Croatia and Iceland. After eight years, 73 episodes, and approximately 4,250 minutes of game-changing action, the song of ice and fire will finally go quiet. With the end on the horizon, let’s take a look at all the ways we can measure the Thrones impact.

The total number of Emmy nominations the show has received since it premiered in 2011, making it the most nominated primetime scripted drama in history. It is the second most nominated show overall in Emmy award history, beat out only by SNL which has been on the air for over 40 years.

The number of important characters killed on screen (so far) out of a possible 330, according to a research paper published by two Australian researchers. That only includes human characters who appeared in the credits and were not deceased prior to their introduction (meaning nobody in a flashback counts). Regular viewers of the show will…not be surprised to learn this.

The average cost for a single episode in the final season. According to our estimates, production on the entire series cost about $562 million. As the show grew in popularity, increasingly massive budgets have become a staple in a video marketplace competing for viewer attention.

The number of people who watched the season 7 finale live or time shifted. That’s a big deal  considering that in the 8 years since Game of Thrones premiered, streaming TV has changed how audiences view their shows. With season 8 already beating records with its budget, who knows what records will be set with its audience. 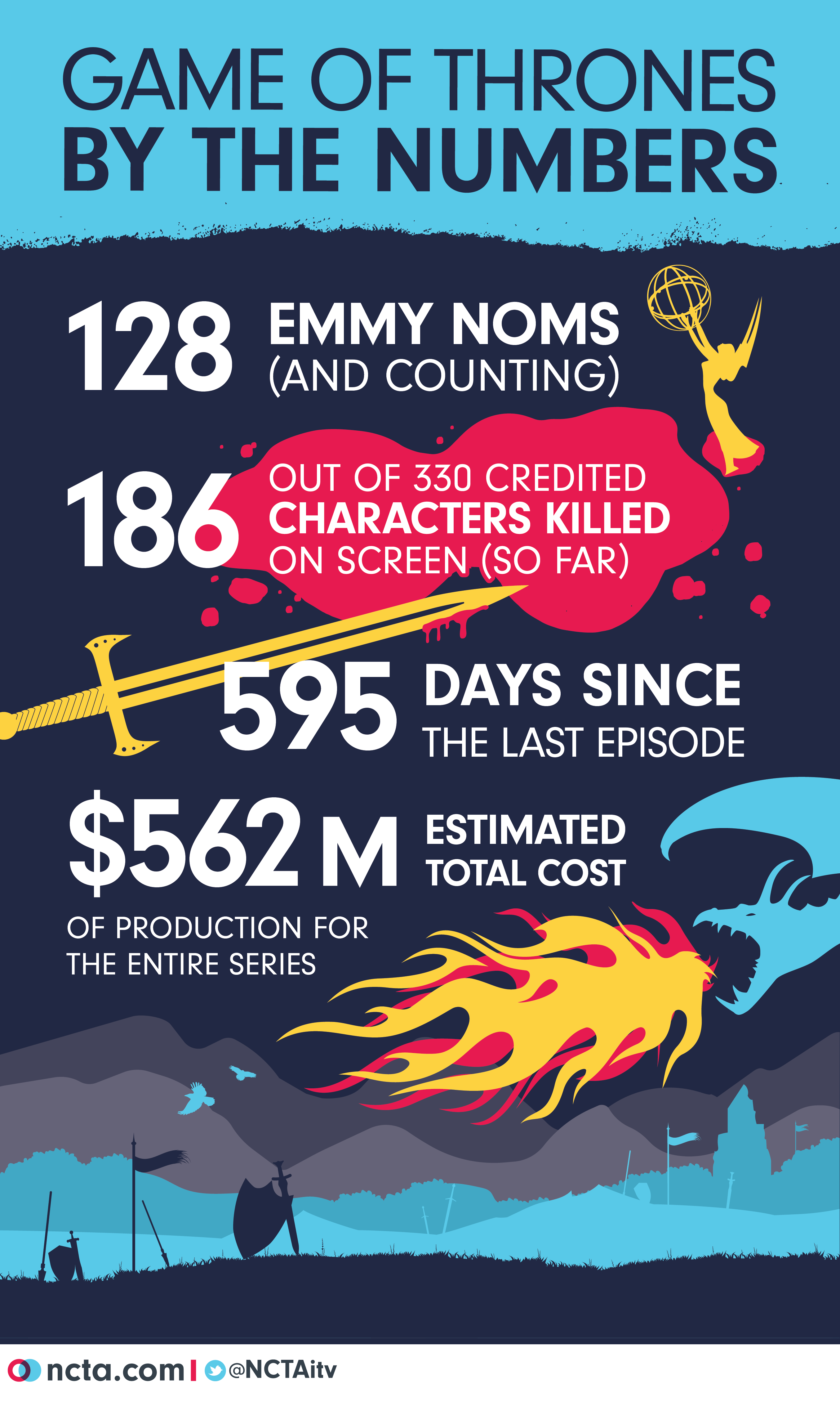