A week of networking, discussions and presentations on how to create a more diverse and inclusive workforce culminated with a star-studded event in New York City last night that raised more than $1.6 million for diversity programs. CEOs and executives from dozens of internet and television companies gathered at the 34th annual Walter Kaitz Foundation dinner to celebrate the cable industry’s accomplishments and recommit to prioritizing diversity initiatives across the media and entertainment landscape. 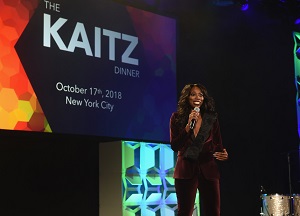 Hosting the Kaitz dinner this year was Yvonne Orji, comedian and star of the hit HBO show Insecure, who shared stories about her multicultural upbringing and the impact it had on her life. Dinner attendees also heard from hip-hop icon and entrepreneur Sean P. Diddy Combs, who spoke about the importance of programs that support minorities.

Another highlight of the night was the awards portion of the celebration. Accepting the honor for the Diversity Champion award on behalf of HBO was CEO Richard Plepler, as the audience applauded the network's work in diversity programming. Reshma Saujani, founder and CEO of Girls Who Code, accepted the Diversity Advocate award on behalf of the nonprofit for its mission to empower and encourage girls to enter STEM fields. 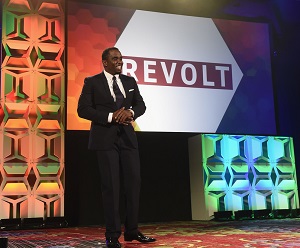 The Kaitz dinner capped a week in which a new survey was released showing that the cable industry had made strides in several areas when it comes to hiring and elevating women and minorities within the workforce. The results of the 2017 NAMIC and WICT Industry Diversity Survey indicated that the percentage of people of color, and of women, in executive and senior positions in cable exceeded national benchmarks, as did the overall hire rate for people of color.

While cable’s annual Diversity Week may have concluded, the industry's work in promoting inclusive hiring, training, and retention strategies and diverse programming will continue to be a priority.