Data Usage Up for Homes with Wi-Fi

Data Usage Up for Homes with Wi-Fi

As America's internet service providers reach more people than ever before—over 90 percent of households in the U.S.—in turn, Americans are consuming more content than ever before. According to comScore's latest report on the "State of OTT," the average consumption in a U.S. Wi-Fi household spiked by 26 percent in one year alone.

Streaming video is up, and speeds are only getting faster as new technologies and experiences like VR, AR and 4K become mainstream and usher us into a whole new era of connectivity. Wi-Fi has ingrained itself in everyday life, carrying the vast majority of U.S. wireless traffic and allowing for these billions of active internet sessions and data exchanges each month. It's no wonder that users are taking advantage of robust broadband networks that deliver the kind of optimal internet experience that previously always seemed to be a ways off into the future. 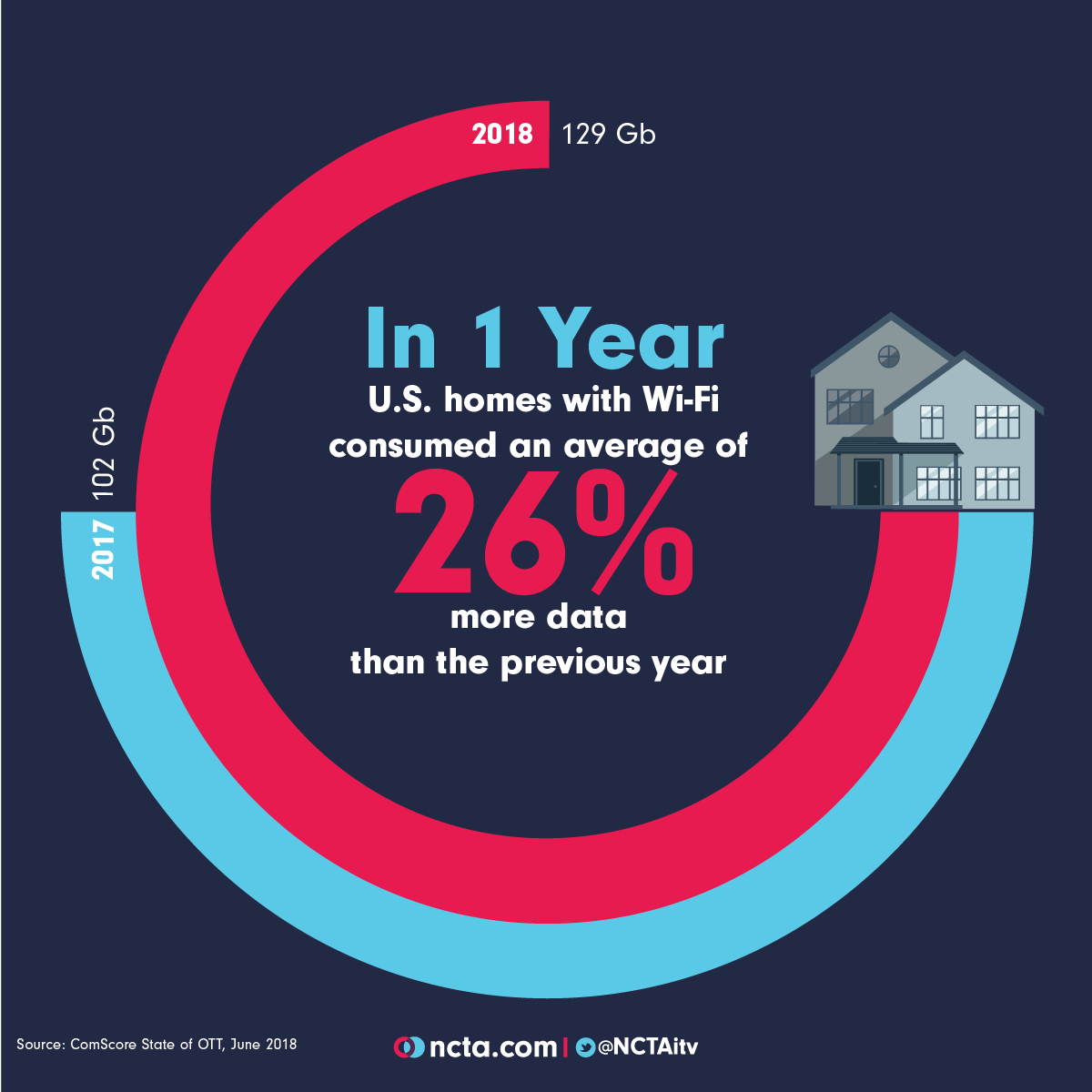