Veterans Day is an important day in America as the country comes together to pay tribute to the brave men and women who have served in the United States Armed Forces. Veterans play an invaluable role within the cable industry as they bring a unique skillset and an unmatched work ethic to the workforce. Cable internet service providers (ISPs) and TV networks recognize the sacrifices they have made for the country and the incredible attributes they contribute to help the industry thrive, which is why many have launched initiatives and programs aimed at recruiting and supporting the needs of veterans as they make the transition to civilian life. The industry also makes a point to spotlight veterans and their life stories on its airways and social channels.

While it's impossible to highlight every community project or nationwide program that cable companies have launched in honor of veterans, here are a small handful of initiatives taking place across the industry.

Charter has an extensive support network for veterans in its workforce. The ISP hosts recruiting and education events aimed at hiring veterans, offers transition services, and partners with organizations to provide career coaching and job readiness training to ensure that incoming veterans feel confident and comfortable as they are onboarded into the company.

Comcast has contributed over $191 million to military community-serving organizations, and partners with groups including Student Veterans of America, PsychArmor Institute, the Elizabeth Dole Foundation, and many others that support the military community. Their military hiring initiative has also resulted in over 17,000 veterans, National Guard and reserve members, and military spouses joining the Comcast NBCUniversal team.

Cox, GCI, and Mediacom also dedicate efforts to hiring veterans and supporting them with special services. Through partnerships with nationwide organizations that focus on veterans, these cable operators offer mentoring initiatives and job preparation programs for military members and their families.

And at ViacomCBS, the network hosted its first annual Veteran Immersion Program earlier this year through its Veterans Network. The event was a starting point to help transitioning veterans meet with and learn from ViacomCBS executive leadership, and to empower veterans as much as possible in their new careers. During these sessions, veterans are also encouraged to share and support the types of stories they want to see on TV, especially those of underrepresented populations.

Then on TV, audiences can look forward to content that spotlights those who have served the United States as cable networks share their incredible stories of sacrifice and devotion: 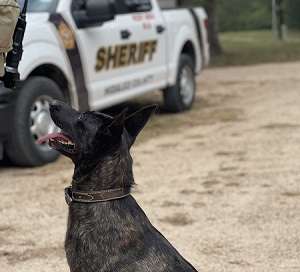 GAC Family is featuring its first ever Veterans Day special tonight, and a unique one at that, in partnership with Project K-9 Hero, an organization dedicated to recognizing top performing police and military dogs. "K-9 Hero Awards" will showcase the achievements and service of police K-9s, military working dogs, fire department K-9s, and search and rescue K-9s. Award-winning K-9s will receive free medical coverage for life through Project K-9 Hero.

The History Channel has teamed up with Variety for the second year in a row to produce the TV special, "Variety Salute to Service," which premieres tonight and will be hosted by Robin Roberts. The special will showcase those whose lives were changed by serving in the military, the often difficult transition that veterans experience from military to civilian life, as well as the skills they bring to new endeavors. Former President George W. Bush will also star in the special to speak about an initiative he started to help post-9/11 veterans and their families.

"For over 25 years, the History Channel has been proud to support our nation's veterans and military families," said Paul Buccieri, president and chairman of A+E Networks Group. "Our commitment to them is part of our DNA as a company. These heroes put everything on the line to protect us, so we feel a responsibility to stand with them and spotlight their stories."

NBCUniversal has launched the new PSA campaign, "Because I'm a Veteran," which highlights the importance of hiring veterans and supporting their transitions back into civilian life. The PSA is airing throughout NBCUniversal properties and features network employees who are veterans as they share their personal stories and their transitions to their current positions.

"The top skills that have helped me thus far in my career at NBCU have been my ability to perform under pressure, practice effective communication, integrity, teamwork, and the ability to adapt quickly to new situations and surroundings," said Gari Harvey, an accounts services representative at NBCUniversal. "As a veteran, I often take my ability to quickly pivot for granted. We are trained to immediately jump into the solution instead of remaining stuck in a problem and that’s a fantastic skill to have when working in a corporate environment."