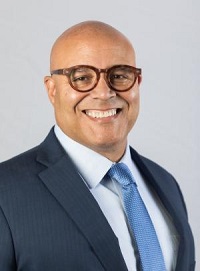 Congress is going big on broadband. It has appropriated more than $20 billion to spend on broadband in just the last several months. That is a huge amount compared to past efforts, equating to almost 25% of the annual revenues of the entire fixed broadband industry. And, in the wings is an infrastructure bill that could deliver another whopping $100 billion in spending.

These efforts are certainly welcome. The pandemic has amplified the importance of broadband infrastructure and accelerated the urgency of getting all Americans connected. Broadband have-nots can’t work remotely, educate their kids from home, see a doctor using telehealth, or purchase the things they need while COVID confined. They should rightfully be our top priority.

As legislators begin to sign more broadband stimulus checks, it is imperative that they establish critical safeguards and avoid classic traps that have undermined past programs. Such guardrails can make the difference between a golden age of broadband investment, or a costly sinkhole that squanders billions and does little to close actual broadband gaps.

There is an enormous difference between having no broadband and some broadband. If a community has robust broadband service from a private provider, the government shouldn’t step in to subsidize higher speeds while there are communities that have no broadband.

While it seems obvious that we would want to feed those who have nothing before we serve seconds to those who already have broadband, too often Congress fails to erect guardrails to ensure public money is spent on communities that lack broadband. The result is all too predictable; money finds its way to more lucrative, already served markets, short-changing unserved areas where people need it the most. Why? Because companies will always prefer investing where they can reap the highest return and markets with existing broadband have proven they have greater revenue opportunities. Unserved areas, by contrast, are terribly uneconomical to serve. There are fewer customers and the cost of deploying infrastructure is higher. This is the reason public subsidies are so crucial in the first place and if our goal is to get infrastructure to those who need it most, we must be more disciplined in setting the standards.

"Future Proofing" Networks Can Backfire When Solving the Broadband Gap

We can all agree government should not write big checks to build networks that may become quickly obsolete, but this is where the perfect can easily be the enemy of the good. The future is hard to predict in technology, but we know that all networks at a given speed and capability will eventually need to be upgraded. That is the nature of technological progress. And it is the reason why, in the cable industry, we rebuild our networks roughly every 18 months and broadband speeds have increased exponentially over the past decade.

It is hazardous for Congress to set technical standards that are purely aspirational in an effort to deliver future proof networks. Whatever standard it picks is still just a moment in time and not particularly enduring. What is more advisable than guessing at future needs is to reward network investment that offers a logical path to continuous improvement over time and not networks that meet any given standard at a snapshot in time.

Legislation requiring broadband speeds to be symmetrical in order to receive public funds is an example of a well-intended provision that actually undermines our larger objectives. Some broadband funding bills in Congress require a speed of 100 Mbps downstream and 100 Mbps upstream, for example. This is a mistake for a few key reasons:

•    It drains limited resources. If we use the standard of 100 up/100 down to define unserved areas, nearly two-thirds of America is immediately defined as unserved. That suddenly expands, quite dramatically, the problem of closing the broadband "gap" well beyond the facts on the ground. In fact, this standard will put truly unserved households at the back of the line as funding recipients will take the more profitable route of upgrading existing networks rather than extending their networks to unserved areas. The goal of funding should be to close the gap—not to subsidize areas where broadband connectivity is robust and routinely upgraded to keep ahead of evolving consumer usage and demand. Congress should not spend public money where it is not needed by making the problem larger and more expensive than it needs to be.

•    Consumers rarely need upstream speeds as fast as down. Symmetrical speeds are attractive on paper, but the idea that symmetry is required as a minimum standard for receiving public support is incongruous with the reality of how customers use broadband, and the bandwidth needs of real-world applications. For example, video streaming makes up the vast majority of broadband consumption—about 60% of all internet traffic—and it is a primarily downstream (not upstream) experience. Even two-way video conference applications are efficient and do not need symmetrical speeds. According to its own website, Zoom only requires 1 Mbps for a high-quality video call for both upstream and downstream. Based on real-world uses, consumers would be substantially better served by a very high downstream speed, coupled with more modest upload speeds. Most consumers, for example, would prefer and be better served with a service offering 1 gigabit down and less upstream speed, yet many proposals in Congress favor the less useful 100/100 service.

•    Using 100/100 symmetrical destroys the notion of technical neutrality. Policymakers have long been committed to not picking technology winners and losers, but a 100/100 requirement would effectively bar rivals from qualifying for available funds even if the broadband they offer is well above today’s standard. In short, such a standard effectively disqualifies all broadband technologies other than fiber-to-the-home even when other industries can easily provide outstanding broadband service consistent with anticipated trends in consumers’ usage. It is not surprising that different industries will lobby for technical standards that tilt the pot of money exclusively into their pockets, cutting out their competitors. Limiting the number of players on the field will certainly delay and likely undermine the goal of getting broadband to every community in need.

Broadband service can be provisioned in a host of ways with different technologies. Cable networks use fiber and coaxial cable in their networks, while some ISPs use fiber-to-the-home to serve their regions. There are fixed and mobile wireless broadband services, with 5G offering even more promising uses. Competition and innovation are powerful engines, and all of these technologies should be given an equal opportunity to help close the broadband gap.

Technical neutrality is not just about letting every type of industry compete for public dollars—though that is a virtue. It is about allowing network engineers to develop and design the optimal network for a particular geography. Certain solutions may work very well in the wide-open plains of Kansas and Illinois, while others work better for mountainous regions or urban environments. These decisions are technically complex and should be left with engineers and not put in the hands of regulators, lawyers, and lobbyists.

Getting broadband infrastructure to unserved areas in this country has been a tough and perennial problem. Perhaps more than any time in the past, America is on track to solving the vexing challenges of bringing broadband service to communities that have been waiting. But it will take more than money to succeed. We also need to make wise policy choices that will advance our primary goal rather than retard it.

Broadband Stats: Building on Network Success to Connect Every American

HBO Returns to Baltimore in “We Own This City”