America is Now a Gigabit Nation

Fast and reliable internet connectivity has never been as powerful or widespread as it is today. In 2019, the majority of U.S. households—80 percent—can now receive gigabit service from their cable internet provider. That's over 40 states that have gigabit offerings in both urban and rural communities, up from just five percent in 2016.

The rate of availability for gigabit speeds has increased significantly, and that's especially important given the demands of consumers today for networks that can deliver advanced technology such as virtual reality, augmented reality, artificial intelligence, and 4K streaming (and soon, 8K). And while  every consumer may not need gigabit speeds today, it's imperative that networks stay ahead of innovation to enable next generation technologies and applications to emerge.

America's cable broadband providers have invested over $290 billion in the last 20 years to build networks capable of delivering rich media experiences to multiple users in the same household. And with telehealth, remote work environments, immersive entertainment experiences and long-distance learning becoming more common, a robust and ultra-fast internet connection will be even more essential. This gigabit network also lays the foundation for the 10G platform—the next great leap for broadband—which will unleash a myriad of possibilities for consumers.

The future has arrived, and things will only speed up from here. 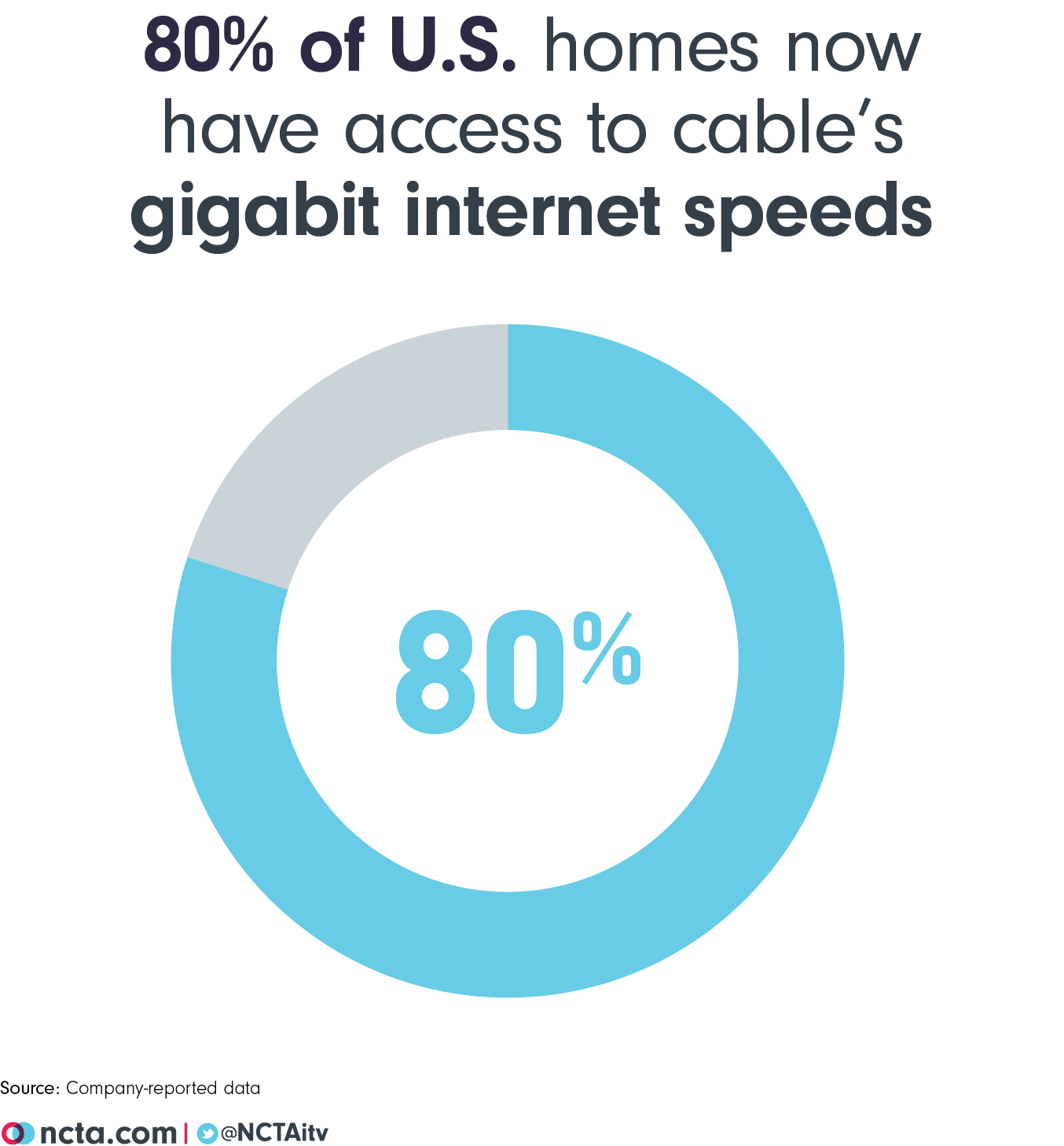