A Robust Solution to Closing the Digital Divide

It’s 2020 and for most of us, the internet feels truly ubiquitous. From the moment we wake up to the moment we go to sleep, much of our daily routine depends on an internet connection. In fact, a 2019 Pew study found that 73% of Americans go online at least several times a day, with 28% describing themselves as online “almost constantly.” But even as internet technology continuously improves and becomes a more frequent part of daily life for most Americans, we remain mindful that for a small, but persistent group of Americans, the barriers to broadband adoption remain significant.

The encouraging news is that these numbers appear to be shrinking. In a 2013 Pew study, researchers estimated that approximately 15% of Americans were not connected to the internet, either because broadband was not available or because consumers elected not to subscribe despite its availability. In 2019, the same study revealed that the gap has narrowed to 10%.

As Pew’s survey reveals, many factors contribute to non-adoption. In some cases, a lack of digital skills or a perceived lack of low relevancy may contribute to decisions not to connect to the net. In other cases, income constraints may deter individuals from buying a computer or subscribing to a monthly connection. But in reality, there is no single factor contributing to persistent non-adoption, and accordingly, no silver bullet to solving this problem.

For that reason, the cable industry has worked diligently over the past decade to join with community partners in developing a robust approach to closing the digital divide, understanding that each community has different needs that require different solutions. Through coordinated programs that combine support for computers, connection and training to improve digital skills and literacy, cable ISPs have connected over eight million Americans to broadband since 2011, bringing the internet to low income families and in some cases, to other communities like senior citizens, veterans, and the disabled, which often are less connected compared to the rest of the population.

In addition to improving broadband adoption, cable ISPs are similarly working to expand the reach of network footprints and provide access in remote areas where low population density, diverse geography and terrain, coupled with the sheer size of the United States, creates a unique problem for physical infrastructure like broadband. ISPs like Charter and Midco have turned to fixed wireless (explained in more detail in a previous article) as a solution to that challenge. Others have focused on large-scale infrastructure projects, like GCI’s TERRA network in Alaska that has connected more than 45,000 people and facilitated long-distance learning for students and telehealth for remote patients. Across the country, internet providers have been investing millions of dollars to bring next-generation broadband to sparsely populated areas, connecting school districts, small towns, and bringing gigabit speeds to an entire state.

As we continue to innovate and push forward, it is critical that all Americans have the ability to get online. The cable industry will continue to pioneer new solutions to close the digital divide, understanding that different barriers require different solutions. 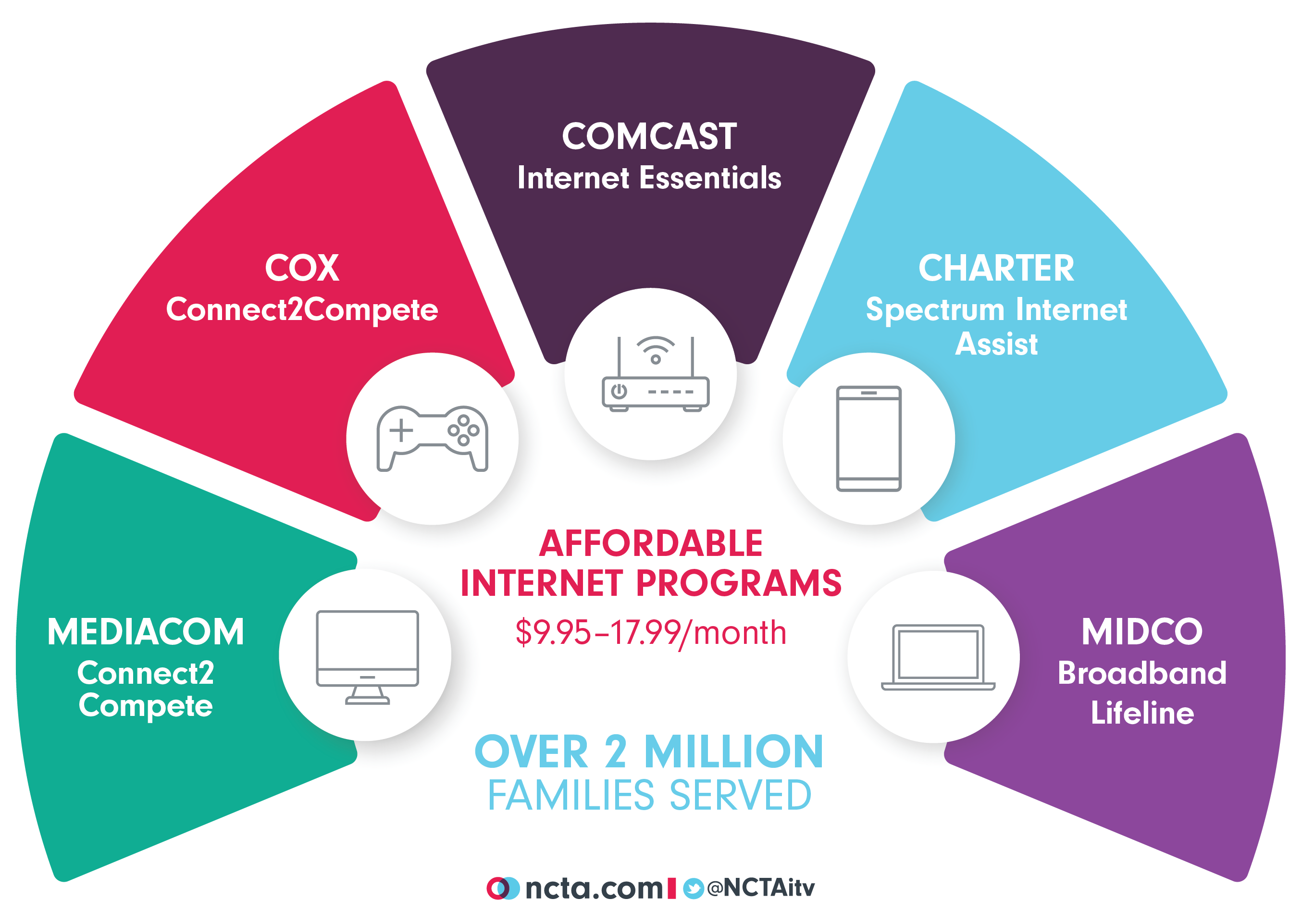