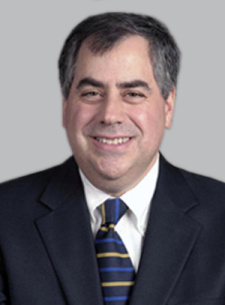 Rob Rubinovitz is the Senior Vice President & Chief Economist for NCTA – The Internet & Television Association where he is responsible for analyzing and conducting economic research in support of legislative and regulatory issues of importance to NCTA.  Prior to joining NCTA, he served as the Deputy Chief Economist at the U.S. Department of Commerce, where he led the research efforts of the Department’s Office of the Chief Economist.

Before his work at the Department of Commerce, Dr. Rubinovitz worked for many years as an economist at the Antitrust Division of the U.S. Department of Justice and then as an economic consultant.  In those positions, he primarily analyzed economic competition issues in industries such as broadcast, cable and satellite television and radio, as well as financial services, retail and healthcare.  He also successfully testified as an economic expert.

Dr. Rubinovitz has published articles on cable television deregulation and the treatment of fixed cost savings in merger analysis. He holds a Ph.D. in Economics from the Massachusetts Institute of Technology and a B.A. in Economics and History from the University of Pennsylvania.