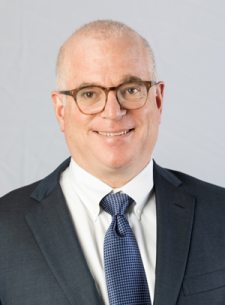 Rick Chessen is Senior Vice President, Law & Regulatory Policy, for NCTA - The Internet & Television Association. In that role, he manages the NCTA Legal Department and the Association’s relationship with the Federal Communications Commission (FCC). Chessen joined NCTA in 2009.

Prior to his current position, Chessen spent over 14 years in public service at the FCC. He initially joined the Commission in 1994 as a senior attorney in the Cable Services Bureau and then served in various other positions, including Senior Legal Advisor to former Commissioners Michael Copps and Gloria Tristani, Chair of the FCC’s Digital Television Task Force, and Associate Bureau Chief for the Media Bureau. He also served as Acting Chief of Staff of the Commission in early 2009 during the Acting Chairmanship of Commissioner Copps.

Chessen also has worked in private enterprise and practiced law at several law firms. Chessen holds a J.D. from Harvard Law School and is a graduate of the University of Wisconsin.