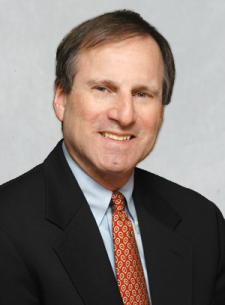 Neal M. Goldberg is General Counsel of NCTA - The Internet & Television Association (NCTA). He joined NCTA as General Counsel in January, 1994. Goldberg also works on regulatory and litigation matters as a member of NCTA’s Legal and Regulatory Affairs Department.

Goldberg has practiced communications law in Washington, D.C. since 1973 following a year's service as a clerk to a judge on the United States Court of Appeals for the Second Circuit. From 1978 to 1981 he served as Legal Advisor to FCC Commissioner Tyrone Brown. Before joining NCTA, he was a partner in the Washington, D.C. office of Chicago's Hopkins & Sutter (now Foley & Lardner). He was at Hopkins & Sutter (and its predecessor firm, Hamel & Park)from 1981 to 1994. In 1988, he took a leave of absence from his firm to serve as an advisor on telecommunications matters and Special Counsel to the Dukakis-Bentsen presidential campaign in Boston.