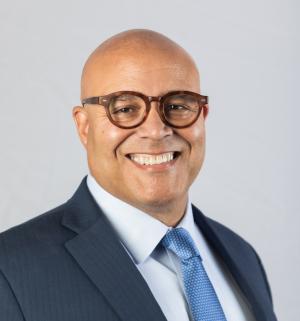 Michael K. Powell is the former chairman of the Federal Communications Commission (FCC).  He was appointed by President Bill Clinton in 1997 and appointed Chairman by President George W. Bush in 2001, serving until 2005.

During his time as FCC chair, Chairman Powell oversaw the rapid transformation of communications markets into the Digital Age.  During his tenure, the Internet came into widespread commercial use, as did smart phones, Wi-Fi networks and satellite radio.

In his current role as President & CEO of NCTA – The Internet & Television Association, Mr. Powell leads one of the largest trade associations in Washington, D.C., representing the communications and content industries. Prior public service includes Chief of Staff of the Antitrust Division of the Department of Justice, Policy Advisor to the Secretary of Defense and service as an armored cavalry officer in U.S. Army. In the private sector he practiced law and was a senior advisor in a private equity firm. Chairman Powell also served on the public boards of Cisco and AOL.