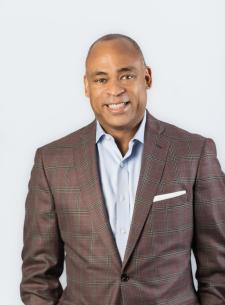 K. Dane Snowden joined NCTA - The Internet & Television Association in August 2011. As COO he oversees the association’s day-to-day operations as well as its planning and strategic initiatives.

Prior to joining NCTA, Mr. Snowden was Vice President of External & State Affairs at CTIA-The Wireless Association® where he managed and directed the Association's comprehensive state policy and liaison efforts. Before CTIA, Mr. Snowden served as Chief of the Federal Communications Commission’s Consumer & Governmental Affairs Bureau (CGB) from 2001 - 2005. In this role, he was responsible for development and execution of the vision, strategic direction, telecommunications policy, and management of the Bureau’s activities and 300 employees.

Before his appointment to the Commission, Mr. Snowden served in leadership roles at various organizations including: MissionFish.com, America’s Promise-The Alliance for Youth and the United Negro College Fund.

Mr. Snowden is active in various charitable pursuits and serves on the boards of the National Association for Multi-ethnicity In Communications (NAMIC), The Cable Center, William & Mary Mason School of Business Foundation, the Kingsbury Day School and SMYAL (Supporting and Mentoring Youth Advocates and Leaders). He has also served as a mentor in the Everybody Wins program and has previously served on the boards of CityCares of America, the Washington, D.C. Chapter of SOS Children’s Villages, COMCARE and Wireless RERC. Mr. Snowden is a graduate of The College of William and Mary.