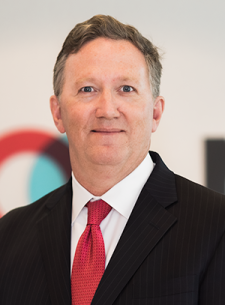 James M. Assey, Jr. began his tenure as Executive Vice President for NCTA - The Internet & Television Association on February 1, 2008. As NCTA’s second most senior executive, Assey is involved in all aspects of NCTA’s work on behalf of the cable industry.

Before coming to NCTA, Mr. Assey was a longtime staff member on the U.S. Senate Committee on Commerce, Science and Transportation. Most recently, he was Senior Democratic Counsel to the Committee, and earlier was Senior Democratic Counsel on Communications and Media Issues for the Committee chaired by U.S. Sen. Daniel K. Inouye (D-HI) and Telecommunications Counsel for former U. S. Sen. Ernest F. Hollings (D-SC). Prior to that time, he held positions as Communications Associate in the Washington, D.C. office of Willkie Farr & Gallagher, Law Clerk for the Honorable Cameron M. Currie in the U.S. District Court for the District of South Carolina, and Legislative Assistant to Sen. Hollings.